Okay you got criminals everywhere, right?
Criminals smugglin' dope across borders to feed America's high appetite
Kis, pounds, ounces, grams, whatever the weight of substance is gettin' sold
Cause drugs got a price
Home hydroponics, LSD chemist
Spoon cookin' heroine, junkies fill up methadone clinics
Get caught for crack and catch a long sentence
You ask me how I feel about that, maybe you got the wrong witness
I heard Jay Z's cool with Obama
Obama must be cool with me then I guess if I'm packin' up this Honda
I highly doubt it but fuck it, it's worth a shout out
At least that's what I tell the judge before I gracefully bowed out
Meanwhile I'm gettin' taken to the county for a seed
There's a news flash on the holdin' cell TV
Boston bombed by a terrorist at a marathon
8 year old killed and the killer's still free
Shit is hard to believe
I ain't no politically savvy citizen
I'm just an average man who writes poetry about witnessin' fuckery
And these police who always fuck with me
Done my fair shire of dirt, my boy, trust in me
But I picked music over hustlin', and I made it out luckily
Could've been on corners droppin' quarters from a bucket seat
My cousins preach about the lord but all I see is crime
If the Vatican has got the book then what the fuck is mine?
Just a line with a hook
You might as well be a rapper cause you signed and get booked
All the same to a suit
Black or white, you still a crook
If you ain't a Justin Leave It to Beaver with that look
Then just drop the egg in the skillet, let it cook
Who y'all bein' took
No I'm not a crook, son but this one ain't shook
But I'm rollin' Mobb Deep, my dreams on a Harley Davidson
Pigs, I hardly wave at them, yeah I said hardly
If I'm rude then pardon me but remember...
fotky 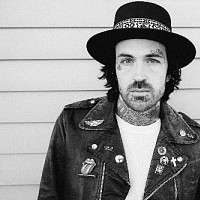 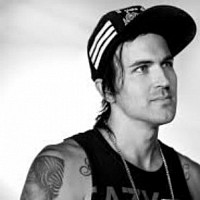 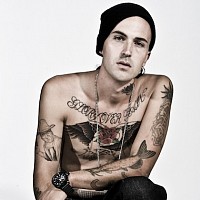 My grandparents retired from 9 to 5s
They paid for my hospital bills when mama was doin' lines
I wasn't raised up like the model American
But I love what it made me, life is all about where and whens
Whos and hows that ultimately create my heritage
My great grandaddy Otis would sit down in his chair and then
Smoke a cigarette while he sipped on Muscadine moonshine
Homemade, and reminisce about the old days
He died of cancer when I was 5
I wasn't allowed to go see him in his casket cause I would've cried
I got so much value off life in such a short time
Memories stick to my heart and today they still apply
They used to share crops when they were poor
He worked his ass off at the mill and then he opened up a store
Both of my granddaddies fought a war
So I could say what I'm sayin' in this record for you and yours
For you and yours, the truth