Once Upon a Time


Oh I shall die! How much I long for this! My last salvation grows in her grass
I don`t know why my craving hurts so much
Oh, would you please redeem me from pain?”
He- cause he really loved his wife so much- could never even think of losing her
So in the twilight he climbed a wall to get into the garden – a foolish plan
Suddenly he couldn`t breathe - couldn`t go ahead
The witch was standing right before him
With angry eyes she said: “I will let you live”
fotky 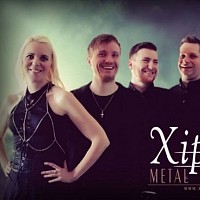 But she cried a spell and swore at him:
“Your child that will come to the world must be given to me…
the price of my good rampion!”
A broken mind - He promised everything
But all she showed was an unpleasant smile
12 years went by - That witch appeared and shut
their pretty girl in a tower of darkness
No door, no step, just a tiny window
“Let down your hair! I will climb up to you
You must obey! Twenty ells above”
Oh, gracious fate! Will there be love for her in the dark?
The son of the king was riding through the wood
He came to the tower and he fell in love
with a voice so gentle, with a voice so sweet
He listened to a song and he watched the scene
When he cried her name, he met the pretty girl
They married at one night and they planned to go
But the witch found out and she told a lie
Desperate he sprang, wasn`t dead but blind
For several years he traveled from near to far
His grief stopped forever as he heard a song, he knew by heart
Oh, he arrived at where she lived and dreamed
As she caught sight of his shape she did freeze
But then she cried - Her tears cleared out his eyes
And he could see again, both were united
Oh, gracious fate!

Once Upon a Time