Due to fear of the unknown
Transcendence: their fear
Their error: elimination
Crowded galaxy with human colonies
fotky 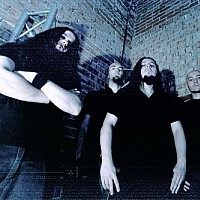 Lifeless
Lifeless planets colonized
Final objective
Robots gaining the ability to leave the galaxy
Non-organic part of the system
Continuation and acceleration
(Their) evolution
Of intelligent life
Beyond its currently human form
And human limitations
Hylozoism . Confront . Automatism
World power structure builders
Obsolete primitive place
Locked in a single galaxy and contemplating the universe
Losing the meaning of existence
Fully comprehend intricacies of early human development
And misconditioning of humanity
Detected and processed
The Terrax have consumed 80% of the resources of the Milky Way
They found life . (But) not smart . But primitive
Currently, the galaxy is crowded with human colonies
And scarce resources . These are uncertain times for the human race.