The leaves of Éormensyll fall, returning to the russet ancient earth.
The wells and rivers overflow with blood of would-be wise that hang from ashen bone.

Its hollow limbs writhe towards the sky’s auroral glow.
Death becomes the twilight. The four winds no longer blow.

He who gnaws can taste the flames, of corruption and denial.
Of terror forced blind submission. Of disease that seeps into the roots. 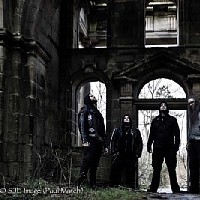 Faith has been bestowed to wealth and the weak are lead by traitors, who glorify emptiness.
The poison slowly creeps around the branches and all becomes consumed, rotting under the black moss.