The Burning of Salem - text

In His Infernal Majesty’s Service

Sdílej
Villagers gathered 'round the witches trail
Holds the signs of mass hysteria
Women scorned, and kinds accused
Reason is left when the mob's to rule
A trial is held, a travesty
A show of power from the ministry


Neighbor rat on neighbor as the act of a devout
Eager to seem more pious so they sell each other out
Accusations, to vilify
Perjury to save your life
Random acts of heresy
Heinous accounts of devilry
So burn
By the powers vested in me
God's will be done, zealously
fotky 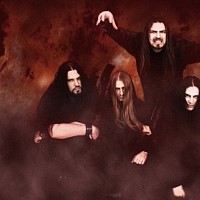 In His Infernal Majesty’s Service