Sdílej
That she wrote, Speech to the Young: Speech to the Progress Toward
Say to them, say to the down-keepers, the sun-slappers
The self-soilers, the harmony-hushers
Even if you are not ready for the day, it cannot always be night
Serve, flex I do work (Work) six, I'm like Mike
He's out of sight, woo, you done got me piped
Two-man like Ike, six out the spot (Uh, uh)
Into the night


Yeah, I'm shakin' the drop (Drop)
I'm still up on top (Aight)
I been had the bop (Ooh-ooh)
The devil my opp, can't pay me to stop (It's lit)
My God at the top (La Flame)
We gon' praise our way out the grave, dawg
Livin', speakin', praise God
Walkin' out the graveyard back to life
I serve, follow your worth, see with new sight, into the night (Hey)
fotky 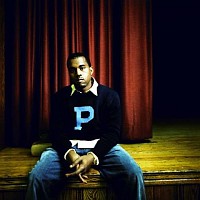 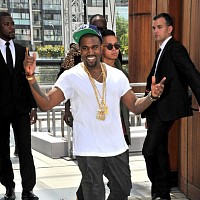 Yeah, this life I'm livin' (I'm livin')
All the advice been tipped in (That thing)
Gave me that grip, no slippin' (That grip)
Out of my mind, went trippin' (My mind)
Tell me take two when I'm on one (I'm on)
That lookout like no one, kept it real tight like yo' son (Yo' son)
Yeah (La Flame)
We gon' praise our way out the grave, dawg
Livin', speakin', praise God
Walkin' out the graveyard back to life (Hey)
I serve, follow your worth, see with new sight, into the night (Hey)
Still on sight, huh, still outside
Bitch, I just, huh, still outside, huh, still outside
Tame Imp—, Tame Impala, nigga
Tame Impala, stay outside, huh
And I'm still outside, I'm still outside, still outside, huh
Let's get right, huh, let's get right, uh, let's get right, uh, huh
Let's get right, let's get (Ayy, ayy, ayy), let's get right
Let's get (Ayy, ayy, ayy), let's get— (Hey)
Look at new scenes, I opened my life, I'm subject to memes
I signed a few niggas, I polished their dreams
An angel on earth come under my wing
Stop runnin' your publishers, nigga
They publish the headlines and say the wrong things
Y'all treat your Lord and Savior like renters' insurance
You know what I mean?
Bada the bada the boom, I bada the boom, I bada the bing
I need a new girl, my old one was mean
I had to let go, forgave all them evils that came to my shows
I channeled them bad bitches, all in abode
I challenge their trust, I challenge the turbulence, came with the life
I gathered my sinners and asked if I'm right, let's get..
I just get right, bitch, huh
Let's get right, let's get right, let's get right, sh, sh
Ain't on sight, it's on sight
I don't know you, you, you, you, it's on sight
I don't know you, you, you, you (Ayy, ayy), let's get right
Ayy, all of my niggas on Channel 5
I don't channel ten 'til it go time
Used to throw up my Uncle's spaghetti
Been totin' totes since before I was ready
Back when my momma told me that I was challenged
A single black woman, you know that she petty
I turned a heavy heart to two million dollars
I put that in totals, reverse out the day
I gotta, I gotta put on the Virgil one time
I snort the powder with magic one time
I know some white people servin' no time
I gotta do it for me, do it for, pray for me
Doin' it for all the ones' dyin', I wanna do it for all the one's cryin'
I wanna, uh, uh, uh, let's get right, huh