Hi, can I help you?
I would like a basket of chips
A beef chimichanga with a side of sour cream
I would like some guacamole on my chimichanga
With a quesadilla of tomato, onion, and vegetables
I should like a burrito with beans, beef, and
I would like a carne asado taco
Could you put some hot sauce on that for me?
No, inside the taco. Not on the side
Yes, can I have a carne asado taco?
Not a pollo asado, we don't have chicken
Do you have guacamole?
Can you make me some guacamole?
I have guacamole
Ok, on my burrito I would like the muchaco beef and the shredded pork
And some more cheese, please
Ok, that'll be $22...
Uh, oh yes, I would like two lemonades and one medium iced-tea
Ok, that'll be $20.07
Out of $22? Ok, $1.52's your change
Thanks a lot. Your food will be up. Here, let me get your drinks
fotky 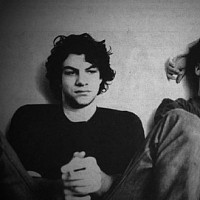