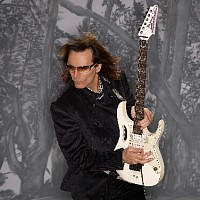 So I sit and I eat a TV dinner
I watch an old funny Marx Brothers movie
And a flash comes across my TV screen
And it’s you in all of your glory
You like to tell me about brutal murders
You make me choke on my spaghetti
Korean airlines that was shot down by the Russians
You even show the dead peoples’ families crying
Well, you can gross out some of the people some of the time
Eh - you can gross out most of the people none of the time
Most of the people like to get grossed out all of the time
Ain’t that right
But you make me sick every time, every time
I see your face is laced with a new kind of taste
It’s great the way you waste all that space
You’re right, it’s night and I shouldn’t go outside
But if a stiletto stabs me
It’ll make your job so exciting
If a razor cut me
You can give them something worth watching
We interrupt this song to bring you a special news bulletin. Hello, this is Wilma Wasko, anchorwoman at the Eyewitness News Center in New York. Hey - do I have your attention? Look at me, me, me (etc.) I’m on TV. Check this out, ladies and gents. This is good stuff, real good stuff, real good-good-good-good-good-good great stuff
The two bodies of Trisha and Connie... (uh, what was their last name?) (That doesn’t matter, anyway). The bodies of two young school children were discovered today buried in the Carle Place Rushmore Grade School playground at ten o’clock this morning. Despite the semi-decayed carcasses of the young school girls (who were found to be 10 and 11 years old), the autopsy report shows that the girls were brutally raped, strangled, beaten and stabbed excessively. Young Trisha was reported to have at least 27 knife wounds in the chest and stomach area, with severe stabbings in the neck, head and eyes. Young Connie was found to have a severed left leg and heart displacement. And it is this doctor’s opinion that an****** was performed on the dead bodies after the brutal, slaughterous act was done. Details at 10
The junk that you feed to my children
Is junk that you believe in
I don’t care about crooked politicians
I don’t wanna see someone bleeding while I’m eating
And when you review a motion picture
You like to kill the actors and writers
You do this to feed your own ego
So your own life won’t seem so damn miserable
Well, you could screw some of the people some of the time
And you do screw most of the people all-a-da’ time
Ah - you could screw a few-a-da’ people a couple of times
But you can’t screw me any of the time, any of the time...