Sdílej
We off the train tracks homeboy outta control
me and madrox rockin bitch, slappin the world
I say some shit to make the crows crow quick
little bitch, paint a picture like my cock
Some fuckin blood with a drip drop - take a sip
it makes me stronger than the strongest man
and my mind takes a journey to the farthest land
I'm the whole worlds kryptonite
I got these bitches on they knees
kissing hands, cryin, beggin for they life
I'm a butcher knife to the neck, gotta go (what)
1 you just a ho (right), 2 you ain't a juggalo. (believe that)
bitch you watch your mouth and represent
you get your head split quick, some shit they can't stitch
I'm a scrub for life, don't let the hairstyle ?
with a bag a weed, looking to blow it
Those who don't know it I'm monoxide, blaze up a smoke
and pass that shit to your boy and give his bitch a choke
Biatch!


Chorus: 2x
For those of you that don't know
never blow hydro
are you afraid to go where I go
even though, call yourself a juggalo
telling everybody that you down
Chrous Backround singing:I hate everyone
For those of you that don't know
it's Mr. Madrox (yeah), first name's Jamie
can't nobody see me
in my world of m-o-n-o on the m-I-c and basically
my little brother Blaze put it down with thug mentality (that's right)
We represent the vicinity of the East (Eastside)
bustin free no love for hoes or the police
What you thought is
was bumpin weak shit need to get some hatchet in your life
Cause don't perpetrate like we don't know
yesterday you was a hater but today you's a juggalo (biatch)
You just a ? wearin ? and any coats(?)
tryin ta fall up in the flock with the same hokey-dokey
I turn you into smoke (breathe it in) second hand im stayin underground just
lost 100 grand so fuck a fan base (Yeah)
Show me family face
(yeah) no matter they size, shape, or race
fotky 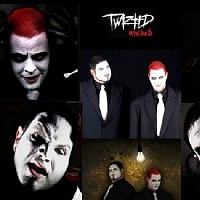 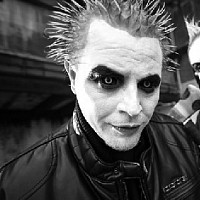 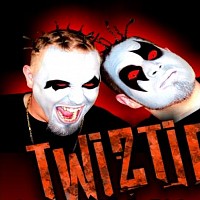 Chorus x2
First off, (here we go), whoever trippin get the shot off
1 into the back of your head, actin like the dead, don't play
12 shells a day, still put it down for my g's around the way
(hey hey) ain't nobody tryin ta step to
Better watch you mouth homeboy
I'll powerplex you, into the mat
Now picture that you're ? so skinny your nose is hella hella phat
Fat enough to kick it wit a gang of hood rats
In the back of a chicken shack
We relax in you jaw like a side effect
and fuck you hood rat hoes, in the project
Got a 12 guage and I'm holdin it down
who wanna ride with me cause I'm headed east with bail
Callin D dumpin t-w I-z t-I-d b-l-a-z-e