[Intro: 2Pac]
Here we go; we gonna send this one out to the old school
All these motherfuckers in the Bronx, and Brooklyn, and Staten Island
Queens, and all the motherfuckers that laid it down, the foundation
Ya know what I'm saying? Nothing but love for the old school
That's who were going do this one for, ya feel me?


[Hook: Grand Puba sample] (x5)
"What more could I say? I wouldn't be here today
If the old school didn't pave the way"
[Verse 1: 2Pac]
I remember Mr. Magic, Flash, Grandmaster Caz
LL, Raising Hell, but, that didn't last
Eric B. & Rakim was, the shit to me
I flip to see a Doug E. Fresh show, with Ricky D
And Red Alert was puttin in work, with Chuck Chill
Had my homies on the hill getting ill, when shit was real
Went out to steal. Remember Raw, with Daddy Kane?!
When De La Soul was puttin Potholes in the game
I can't explain how it was, Whodini
Had me puffin on that buddha gettin buzzed, cause there I was
Them block parties in the projects, and on my block
You diggy don't stop, sippin on that Private Stock
Through my speaker Queen Latifah, and MC Lyte
Listen to Treach, KRS to get me through the night
With T La Rock and Mantronix, to Stetsasonic
Remember "Push It" was the bomb shit, nuttin like the old school
fotky 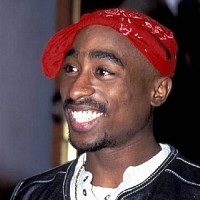 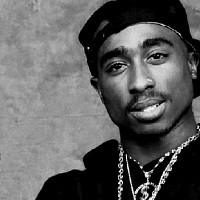 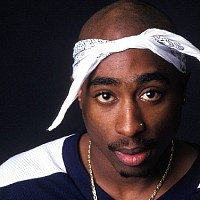 [Hook: Grand Puba]
[Verse 2: 2Pac]
I had, Shell Toes, and BVD's
A killer crease inside my Lee's when I hit the streets
I'm playing skelly, Ringolevio, or catch a kiss
Before the homies in my hood learned to smack a bitch
I remember. way back, the weak weed they had
Too many seeds in the trey bag
I'm on the train headin uptown, freestyling
With some wild kids from Bucktown, profiling
Cus the hoochies was starin, thinking "what them niggas wearing?"
I'm wondering if that's her hair, I remember
Stickball, humpin hoochies on the wall
Or taking leaks on the steps, stinking up the hall
Through my childhood, wild as a juvenile
A young nigga tryin to stay away from Rikers Isle
Me and my homies breakin nights, tryin to keep it true
Out on the roof sipping 90 proof, ain't nuttin like the old school
[Hook: Grand Puba]
[Verse 3: 2Pac]
Remember popping and locking to Kurtis Blow, the name belts
And Scott LaRock the Super Ho back in Latin Quarters
When Slick Rick was spittin La Di Da Di
Gaming the hoochies at the neighborhood block parties
I remember, breakdancing to Melle Mel
Jekyll and Hyde, LL when he Rocks the Bells
Forget the TV, I'd rather hit the streets and do graffiti
Be careful don't let the transit cops see me
It ain't nothing like the old school!
[Hook: Grand Puba]
[Outro: 2Pac]
Haha, on the real though
Remember seeing Brooklyn go crazy up in the motherfucking party?
Remember motherfuckers used to go, "Is Brooklyn in the house?"
And motherfuckers would lose they God Damn Mind!
That's the old school to me; that's what I'm sayin (Super, Sperm)
I remember goin places that motherfuckers was scared to say
They was from anywhere but Brooklyn; that shit was the bomb
Back in the motherfucking old school nigga
Remember skelly nigga? Knocking niggas out the box, popping boxes?
Remember stickball? Member niggas to run that shit like that?
Remember the block-- 'Member screaming up at your moms from the window?
(LL Cool J is hard as Hell...)
The ice cream truck, remember all the mother--
'Member the Italian Ices, yo? Yo, remember the Italian Ices?!
The Spanish Niggas comin' down with the coconut ices and shit?
I came through the door, said it before
That was the shit!