Rock up at a cafe that's all the rage
Stare at the waiter, till we get a menu
I like what's on the page
Not a bad vibe. Not a bad venue


Tell me bout your bovine. What do they eat?
What's the river they drink from?
And tell me bout your coffee beans
Are they Arabican, Columbian, or Mandheling Lintong?
Have you got anything gluten free?
I'm no celiac, but it disagrees with me
Mmmm, and I don't like toxins either
Should I cleanse my liver with a ginger tea?
fotky 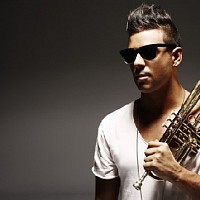 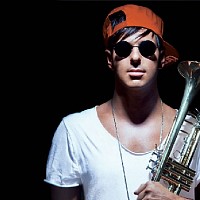 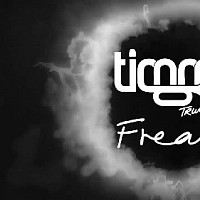 I think we'll order, the tap water
The wifi password and hang for a bit
Hey brah what's the track that's playing?
This ain't no hipster shit
I'm so busy, life's a chore
Every Saturday I work in a retail store
Keeping busy on a casual shift
Casually chilling, not giving a shit
Hanging at the counter, trawling Tinder
Trying to find a random, I can finger
Have a green smoothie, 'cause I'm vegan
Mmmm, tastes like dragon semen
Here comes the boss, to check the status
Gotta look busy. Move the hangers
Having to make career compromises
Like; "hey brah, need a hand with sizes?"
Getting ready. Night in the city
Order a bag and some disco biccies
Shooting up bath salts - That was ace!
Does anyone feel like eating their own face?!
Step out the uber, party timePolish off my red wine
Stroll up, to the front of the line
The door-guy knows me, I'm here all the time
Doesn't let us in. We're not on the list,
Gotta line up with the povo kids
Honestly who do I have to fist
For some cunt to put my name on this list?
Dom I wish we never came! I hate this club, this night's so lame!
Sorry, what? I can not understand a single word you're saying!
I think my pingers' kicking in! This DJ's fucking killing it!
Hey DJ what's this track you're playing? This ain't no hipster shit

s this the first time you've seen him live?
No brah. Earlier this year I saw him play this like super secret underground set at a no-name pop-up venue in the city
Cool. Yeah did I ever tell you about that time a few years ago I was hanging out with Gollum and we saw him spinning records in the back of a taco truck in downtown LA
No, but that sounds rad man... I remember back in 2003 me and these random council worker lollypop guys dumped a bunch of pingers and saw him play, at this underground rave in a storm water drain
Oh yeah? Well this one time in like 1994 when I was in my first year of high school, I walked into 7/11 and opened up the ice cream freezer and there he was just dropping some mad beats for all the Bubble-O Bills, and the Cornetto's were all pissed off because I left the freezer open too long and they started to melt
Cool man, I remember when I was just born back in like 1982 my mum took me to the doctors for a check up, and the doctor played me this ultrasound where you could hear him fist pumping inside his mother's womb, so yeah. Pretty underground