On a Clarksdale night, humid and hot
When your bottle and your blues are all that you've got
I didn't want to do it, but he gave me no choice
I poisoned the whiskey that coated his voice


Guitar on the floor and my girl on his lap
So I topped off the bottle with more than a cap
When you poison men with alcohol, oh the liquor gets the blame
And I killed Robert Johnson, just the same
fotky 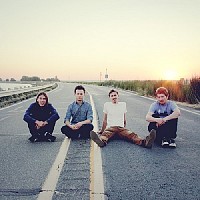 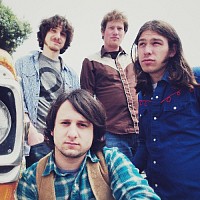 I hired that colored boy to play his guitar blues
To entertain the white folks and I'd pay him in booze
Oh but it turned sour quickly when he went for my wife
Even Sonny Boy Williamson couldn't save his life
"Don't ever knock a bottle out another man's hand"
He got a slow painful ending under Mississippi land
Now I'm not saying he deserved it, oh for crossing the line
But I killed Robert Johnson, with strychnine
I'm lowdown, I'm lowdown, I'm lowdown (x4)
But he's dying
Oh I've kept my mouth shut awaiting my fate
It's trapped in the history of 1938
And as the men that knew Robert all died of old age
My secret grew lonelier like his music on a stage
I may never tell the public the reason he's dead
Only the Hell Hound can pull this truth from my head
I'm not saying I regret it after all of these years
But I killed Robert Johnson
I'm lowdown, I'm lowdown, I'm lowdown (x4)
But he's dying