Act II: The Father of Death

[Verse 1: Thomas Light]
My father worked the mines
Until the day it took his life
Stole him from his only son
And it stole him from his wife
And I swore upon his grave:
Someday, I would make things right
So I learned how to bend steel
I learned how to make it move
And I watched as it withstood
All the hell we put men through
With hands of iron
There's not a task we couldn't do


[Chorus]
They've waited so long for this day
Someone to take the death away
No son would ever have to say
"My father worked into his grave"
[Verse 2: Albert Wily]
Tom, listen to yourself
Then listen carefully to me
If you replace the working parts
You get a different machine
The man who turns the wheels
They will follow anywhere he leads
We've spent our whole lives searching
For a way to make a better world
Giving everything to them
Asking nothing in return
Well, here it is!
A chance to take back everything we've earned
fotky 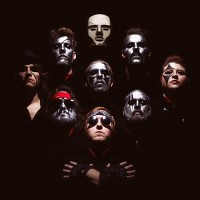 [Chorus 2: Light & Wily]
They've waited so long for this day
(They've waited so long for this day)
Someone to take the death away
(There is no price they wouldn't pay)
No son would ever have to say
(For someone else to lead them)
"My father worked into his grave"
[Bridge: Dr Wily]
(Don't turn your back on me!)
[Lyric Note 1]
Light walked slowly to the window overlooking the city. He knew he had no choice but to turn on the machines. They'd come so far. To turn back now would be failure. Failure of his promise to the city. Failure of his promise to his father. Failure of the promise he'd made to himself
[Verse 3: Thomas Light & Albert Wily]
What will I become
With the things I will create?
I never said that men should bow
I never said that men should break
I only want what's best
The one I love, she works so hard
She works her fingers 'til they bleed
Some of the pain that she endures
Would bring a strong man to his knees
I only want to help...
(You are a fool!)
You underestimate the character of man
(They are weaker than you think!)
You think that they'll surrender
If you bind their working hands
But they are strong!
(Just wait and see...)
We will build cities in a day
(Men would cower at the sight!)
We will build towers to the heavens
(Man was not built for such a height!)
We will be heroes!
(We will BUILD heroes!)
[Lyric Note 2]
Tom reluctantly reached out his hand to the wall and pulled the large metal lever
For miles, lights flickered under the sudden strain as the machines were brought to life
[Chorus: Thomas Light & Albert Wily]
They've waited so long for this day
For someone to take the death away
No son would ever have to say
"My father worked into his grave"
Men sleep tonight with hands of bone
They will awake with hands of steel
And with these hands, we will destroy
And with these hands, we will rebuild
And we will stand above our city
Rising high above her streets
From tops of buildings, we will look
At all that lies beneath our feet
And we will raise our hands above us
Cold steel shining in the sun
And with these hands that will not bleed
Your father's battle will be won!
[Lyric Note 3]
As Thomas Light left the workshop, descended the stairs, and walked out in the cold night air, his partner surveyed the machines they had spent their lives creating. His gaze shifted from one pair of lifeless eyes to the next, until he came upon a single red light shining through the blacked-out blast shield of a dark green helmet. He shuddered. This was the new face of fear. He quickly turned to exit, the machine striding stoically a few steps behind. The two men were both headed to the same place
Thomas Light walked slowly through the darkened streets. His mind was racing. His decision, right or wrong, had been made. Nothing could undo it now. He spoke to himself in hurried, hushed tones. Weighing the consequences of his actions. A familiar automobile passed him in the darkness. He was too lost in thought to take notice

Act II: The Father of Death