'Eternal Father, strong to save
Whose arm hath bound the restless wave
Who biddest the mighty ocean deep
Its own appointed limits keep;
Oh, hear us when we cry to Thee
For those in peril on the sea!'
(The Navy Hymn)
The huntress from the land of Magog
Manacles on her seabed
Mauled in the deep she waits
For the Czar of Mesech and Tubal
The blood of the 118 drips
From her glowering gaping mouth
She patiently bears suffering in the Barents abyss
fotky 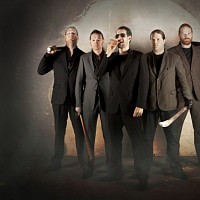 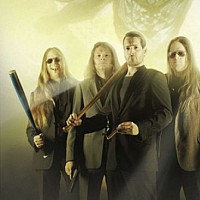 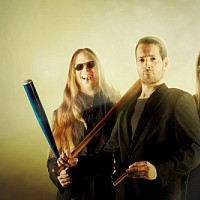 'Eternal Father, strong to save...
K-141 headed north for a Russian naval victory
Armed with 24 "Granit"
She prowls through the Barents Sea
118 hearts beat as one when Kursk submerges
From the mighty ocean depths
She is the bride of Gog, a post-Soviet Czarina
The Czardom's silver bow
CzArtemis leads a fleet in bloom
Drunk with exuberance she arrogates the briny deep
Invulnerable became funereal
After insubordination and sabotage!
A deathly blow from within, the assassin assassinated
Now 117 men must die for
Der Dolchstoss of one Judas Ephialtes
In a solitude of the sea
Deep from human vanity
And the Pride of Life that planned her
Stilly couches she
Steel chambers, late the pyres
Of her salamandrine fires
Cold currents thrid, and turn
To rhythmic tidal lyres
Till the Spinner of the Years
Said 'Now!' And each one hears
And consummation comes
And jars two hemispheres
Over the missiles meant
To smite the opponent
The sea-worm crawls
Grotesque, slimed
Dumb, (and) indifferent
And now the Queen and Antaeus lie dead
The twain forever converged on the seabed
'Eternal Father, strong to save...
"Curse the sun, and all that's holy
Turn back, I dwell around
Come to me, as a shadow
Engrave the sun, with the blackest moon (shadow) "