The Lady of Rage

[Hook x2]
[Rage] I rock rough and stuff with my Afro Puffs (rage)
[Snoop] Rock on, wit cha bad self

[Verse 1: The Lady of Rage]
I rock on with my bad self cause it's a must
It's the Lady Of Rage still kickin up dust
So umm, let me loosen up my bra strap
And umm, let me boost ya with my raw rap
Cause I'mma break it down to the nitty-gritty one time
When it comes to the lyrics I gets busy with mine
Busy as a beaver, ya best believe-a
This grand diva's runnin shit with the speed of a cheetah, meet a
Lyrical murderer... I'm servin em like two scoops of chocolate
Check it how I rock it
I'm the one that's throwin bolos, ya better roll a Rolo
To find out I'm the number one solo, uhh
The capital R-A now take it to the G-E
I bring the things to light, but you still can't see me
I flow like a monthly you can't cramp my style
For those that try to punk me here's a Pamprin child
No need to say mo', check the flow
Rage in effect once mo', so now ya know 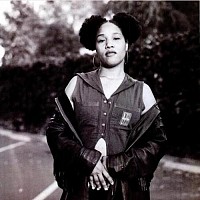 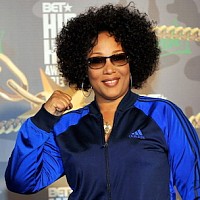 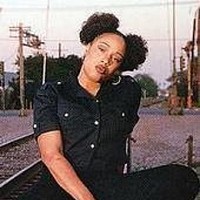 [Verse 2: The Lady of Rage]
Now I'm hittin MC's like hit MC's like ("Hoo-yu-ken!") *Street Fighter sound*
Ain't no doubt about it I'm the undisputed
So what you uhh, wanna do is back on up
I'll tap that butt, wax the cuts, pass the bucks
So put your money on the bread winner
I kick lyrics so dope that the brothers call em head spinners
I got the tongue that is outdone anyone
From the rising to the setting of the sun
Or the moon, I consume the room with doom
When I hear the kick of a 808 bass ... POOM
BOOM, BAM, God, DAYUMMMMMM!
I'm hittin so hard you could say it's a grand, slam, dunk, punks
Get broken off for chunk when they feel the funk
Of the rhythm (fresh) that I give em
Let it hit em, split em, did it now I'm rid of em, yeah
I put that on my unborn kids
Rage in effect so you know how it is
[Hook x2]
[Verse 3: The Lady of Rage]
Now ever since my debut, I've continued to lay you
Flat on your back from the raps that I spat, spit
Ohh shit, I'm the shit!
You can't get wit the Rage then tough tit-tie
I pi-ty the fool, that gets
With the lyrical murderer cause my shit is rude (OOOH!)
You wanna get with the wickedness? With that
Big bot-ty that's kickin it, rippin it apart like Jason
You'll be, chasin a dream like Freddy
Are you ready for the cream de la creme?
I'm steam pressurin those who ain't measurin up
I keep competitors stuck
In the muck with they butt up, what chu wanna nut up
Like cashew, don't you know that I will mash you? For real
That's the deal, I'm straight out of Farmville, VA
(So what you gotta say?)
[Hook x2]
Huhh
I am the roughest, roughest, roughest (Say what? Say what?)
I am the toughest, toughest, toughest (RAGE!)
(repeat 4X)
Get with the uhh, roughest, roughest
Get with the uhh, toughest, toughest (RAGE!)
Get with the uhh, roughest, roughest (Yeah)
Get with the uhh, toughest, toughest (RAGE!)
Get with the uhh, wickedness, roughest
I am the uhh, wickedness (RAGE!)
[Outro: Snoop Dogg]
Yeah, one-nine-nine-fo'
The indo blow and the grass grow
Snoop Doggy Dogg still don't love a ho
But you gotta give credit when credit is due
Women back down and bow down to my motherfuckin homegirl
The Lady Of Rage
She rocks rough and stuff with the Afro Puffs
Handcuffed and she busts
And trick biatch, she's guaranteed to tear shit up
Y'know what I'm sayin?

The Lady of Rage texty