The Gates of Slumber


Serpent blood spilt, on the Topaz Throne.
An ageless foe, from a time unknown.
Heavy soul, plays the role of King.
Hard his will, grim the song he sings.
Slave to tradition, oh long ages old.
The galley's hard chains had not so strong a hold.
fotky 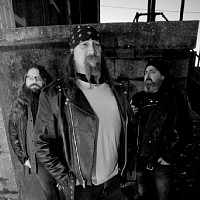 Deep in the mirror, lies a sweet relief.
Feline whispers and murder in my sleep.
Thurian age, its doom not long borne.
A savior to kings from when time was torn.
Once the masses hailed, the barbarian king.
Now for tyrant new dead, the balladier does sing.
The door breaks in, battle ensues.
Murderers laid low, by this axe I rule.

The Gates of Slumber texty