Sitting on the wings of a 747 airplane
Just back from Newtown Connecticut, Cincinnati and Champaign
It was nice hanging out in those cities with some of my friends
Get up on stage and play beautiful music with them 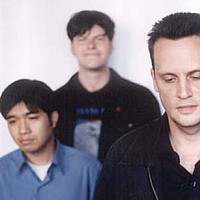 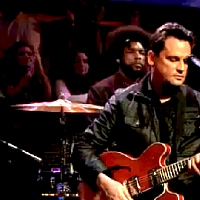 It fucked me up, and for weeks I couldn't get out of bed
The world don't owe us shit, I learned that real fucking young
And I learned it again
Had to make the best of every day and every moment while you can
Can't seize the beauty in life, cause baby
You don't know when it's gonna end
When I'm feeling overwhelmed and things are stacking up in mind
Her picture's always near me, and I look at it every day of my life
Think about what she would have given to live just another year
To see her baby turn one, and when I think about it
I swallow my tears
Had lunch the other day with my drummer friend named Steve
We talked about music and traveling, and he's always good to see
When you're my friend, I got your back for life
Try to hurt anyone I care about, I might slice you up real nice
I'm housesitting a 14-year-old cat named Pete
My girlfriend's friend is off in Spain and she left him with me
And he lays on my bed and we gaze into each other's eyes
And I fall into that kitty cat spell, all hypnotized
I shared the stage the other night with my friend Will
We sang "Mother's Love" together and it was beautiful
He's got a mind of his own and he's smart as fuck
He's his own man, he's in control of his life
And I respect that much
He's on his way to play a maximum-security prison
And I'm on my way to L.A. to play the Henry Fonda Theatre
To join up once again and play nice music with my friends
Music's a powerful thing, whether played in a theater
Or a state pen
Back home and I had a wonderful time
Felt love from the crowd and I'm pretty sure they felt mine
Saw my friends Ian and Claire and Mitch and Patrick and I gave them all hugs
There was a message from Will saying he was still reeling from "Mother's Love"
My mom's visiting on Sunday with her boyfriend
She's gonna kick my ass in Scrabble over and over again
My whole family's in denial about a sick relative
Just keep working really hard and try not to think about it
Just back from Austin, Texas; Chicago, Illinois; Winnipeg
[?] I saw all my friends down there and we played "I Got You Babe"
And we sang songs about oxen, baby Jesus, shepherds and hay
And I remembered when I was a kid in Ohio on Christmas Day
One time I got a guitar and that was the start of my life
My dad always got me one gift, and I still carry around that shiny fishing knife
Sitting on the wings of a United Airline
Just back from Lincoln, Salt Lake City and Orlando, where I had a good time
Did that one alone with a guitar, and a snare and a tom
Brought a volunteer up to play drums
She said that her day job was a mom
Just back from the doctor where I weighed in at 203
Just turned 48 baby, gotta admit it kinda concerns me
So I'm trying to eat better, walk a few more miles and exercise more
It's the first week of February, 1:28 AM
It was 12 years ago in San Francisco one night
That I lost my friend
There ain't a day that goes by I don't pause and think about her
I'm getting older baby, but I try to count my blessings
It's a beautiful world