From the beginning of time until the end of t.. - text

KILL YOURSELF Part XVIII: The Fall Of Idols Saga

[Intro: The Antichrist End of the World]
"And he will destroy to an extraordinary degree and prosper and perform his will, and he's seen as a sign of the times"
"We are living in apocalyptic times. Global warming and a rising nuclear threat among nations that really scare us—the whole middle east, Quagmire, and Jihad, and all of these kinds of things, these are not easy times to live in"

[Verse 1: YUNG PLAGUE]
Rip out a piece of my rib and give it to a bitch
As the snake whispers to her, "Ruby does not fucking exist"
So I bit off it's head, then I chewed it, and spit it out
Fell to the ground, as I puked up and flipped around
Scales started forming, I think that now I am the snake
I am the one they call Plague
Who will never escape, will forever remain
The Omega, the Alpha, the chosen one sent here to reign
Who saves all the slaves? Lil Plague breaking chains
Jesus Christ was never raised from the dead, he rots away
Burn a church and watch the flames, autumn embers turn to grey
Wooden crosses in decay, the flock of sheep now fucking slain

[Break: South Park]
"Thanks, Tom. Police are requesting that if you see this little eight-year-old boy, you immediately kill him and burn his body—that's all for now."
fotky 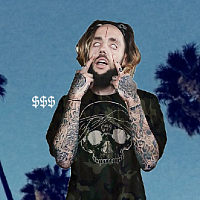 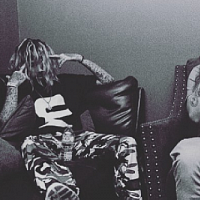 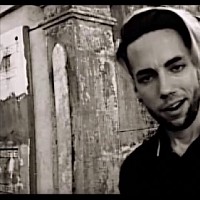 [Verse 2: LIL REMAINS]
Run up with the motherfucking MAC on attack
Shoot back, gat gat, grrra!—he flat
Leave them bodies where they lay, let they mothers cry and pray
Nina, nina, oh nina, I need you bad up in my life
Them heathens that scheming, they breathin'
Look dead or somethin' like demons, woah
Smash a forty ounce on the cop cars
Prolly just popped 'bout five bars, sippin' hydro, got a bad cough
Indica dripping down the cigar
It's that dope head, drug fiend
Mug mean, lonely
Shut the fuck up, y'all annoy me
[Outro: The Antichrist End of the World]
"Many prophecy believers feel the end game has already begun."
"The focus that the world has now on the rise of the Anti-Christ and the return of Christ, I believe the board is set, and the pieces are about to move."

KILL YOURSELF Part XVIII: The Fall Of Idols Saga