[Verse 1, J.J.J.]
Welcome back - thanks for joining me today
Here on Just the Facts with your friend J. Jonah J
This city's at a tipping point - it could go either way
But I’m not one to disappoint - I've got a lot to say
About a hero - a man who loves this city like a son
Shooting through the air and looking out for everyone
Bringing hope and light and justice to a city that had none
And his name's J. Jonah Jameson. You’re welcome. - Let's move on
To a menace! A monster! A blight upon our streets!
Of course I am referring to that spider donning freak
Don't let him fool you, no, it's not quiet, it's not peaceful
It's a disaster on the brink so wake up and listen people!
There's an evil hiding out there - anyone could be that web slinger!
Trust me. I once hired a guy the height, he was a dead ringer
Yes, Spider Man again! He needs arrest with no parole!
This guy's shenanigans require a little pest control


[Chorus]
That’s all so tune in again
We got the news and the views on which you can depend
And if you see him you can login and send in
All your pictures, pictures of Spider-Man
Our city has a way of life to defend
So we’re here to tell your neighbourhood he isn't your friend
If you see a hero you should really amend
Your picture, picture of Spider-Man
[Verse 2, J.J.J]
I hate to say it but we can’t ignore the failures
Our city's top committees won't investigate his alias
Sure Fisk is out the picture but a hundred mile radius
Of thugs and goons and hooligans will make the public pay for it
Who are we to say that our city should be trusted
To the flavour of the day dispensing Daredevil justice
The next crazy caped crusader out to punish folks for fun? It's-
Unthinkable! When we’ve already got a force we've funded
The fact is, folks, your taxes don't do jack for stopping crimes
Now they're spent to fix the messes that these loonies leave behind
Full confession, yes, The Scorpion, well he IS one of mine
But was all in good intention that he went and undermined
We need an Iron Fist, some discipline to set things right
A weak slap on the wrist won't keep you safe on Misty nights
I'm sure every cop for Miles - Morale-is out of sight
As our force is forced to watch while spandex psychos fight the fight
So we ship ‘em off to prison when they level blocks in battle
On some package cruise for villains - plunging public funds for travel
Sure, they may look caged - but the truth is we're just saddled
So I ask you listeners now we've bought the Raft, where's the paddle?
fotky 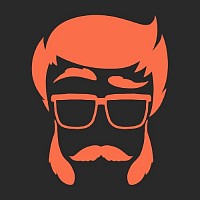 [Chorus]
That's all so tune in again
We got the news and the views on which you can depend
And if you see him you can login and send us
Your pictures, pictures of Spider-Man
This super nuisance screws up more than he mends
So maybe you should views him through an alternate lens?
We're horrified at all of the positive comments
On your pictures. Pictures of Spider-Man
[Verse 3, Mugging Victim]
Speak for yourself, I've seen Spidey protect this city
Last Monday, I got jumped and mugged, trust me, they could've killed me
When suddenly this muscular stud in the tightest suit
Saved me first, gave me my purse and strung the thugs up by their boots
[J.J.J.:]
We'll now that's a lovely story. But did you not deduce?
That maybe Spiderman and all those thugs are in cahoots?
Did you just say ‘cahoots'...? Yes I did and it's the truth!
With that spider on our ceilings violent crime is through the roof! -NEXT!
[Robbery Eyewitness:]
Uhh, hello? Hi. Is this the right number?
Of that blathering idiot, spitting, belittling heroes and making me wonder
Did you not see the bank heist? Spider-Man knocked out his lights!
I can't believe you have the nerve to mock those who do what's right
[J.J.J.:]
Yes, the bank was already in trouble then the spider shows up for the scuffle
Might he have taken the fight outside ‘stead of crushing the lobby to rubble?
Stopping a robbery? Or was he just showing off at the cost of the jobs and the property?
Dropped all that concrete on top of the robber and still didn't bother to finish him properly! - NEXT!
[Internet Hater:]
Yeah hi, i'm just trying to find out
Why you're so riled up half of the time now
Couldn't you present a better argument
If you were calm instead of getting father into
A belligerent position in which
Refusing to listen to listeners' differing
Views is the thing that you're choosing to do
Even when they've just proven the truth you just interrupt-
[J.J.J.:]
Another caller tries tell me how to do my job
When I holler it's not out of anger, NO, it's out of love!
For this city! For its people! But if you just think I'm ticked off
Turn over to that hero loving hellcat hosting Trish Talk
[Chorus]
That's all so tune in again
We got the news and the views on which you can depend
And if you see him you can login and send us
Your pictures, pictures of Spider-Man
If you're delusional then you can pretend
That our city isn't victim of a dangerous trend
But if you've been afflicted then of course you can send
Your pictures, pictures of Spider-Man
[Verse 4, J.J.J.]
Non lethal? Well that's fine!
He just hung them up in a bundle of twine
‘Til our city's window cleaners find
Them ten floors up in ten months time
But what's a few corpses glued onto roofs?
When his youtube movies get millions of views?
That the hoodlum puts on a mask just proves
That he's not paying tax on the ad revenue
The fact is this the impact of this damned arachnid
Can be tracked back to the day that he landed
Donned a mask and the bad guys adapted
Menageries of mad-men HE manufactured
This hack is the last thing we need
Now sentient sand and nazi bees!?
Lizards! Wizards! Can't we see?
That spider's like a damned disease!
Now call me traditional, I do things by the book
But if you like the truth my friend, well you can buy the book
Violence shook and sides were took yet some would let them off the hook
I guess I shouldn't be surprised that sheep will follow crooks
You're left with vigilantes when you let crime get away
So when will Spider-Man see that the freaks have had their day?
If it were up to me folks, if I truly had my way
I'd simply snap my fingers and they'd all just go away