Sdílej
Sometimes I consider my pace
I'm reminded of a train gathering speed for the climb to the pass;
In whose shadow it already lies
A small metal dragon approaching the ever present ascending rise
To the Seventh Mountain


Reeling and snaking and leaping it seems
That it wants to come loose from it's path cast in iron;
But you can't slow down now
As the Earth has presented a new crest to reach
Without barely a rest from the last one
Can you wonder what lies beyond?
Though you've been there before
And forget about the effort and the strain;
Always ascending, each yard as a mile
To the never ending pull of the steepening grade that's before you
fotky 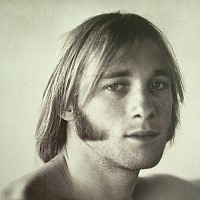 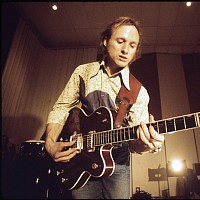 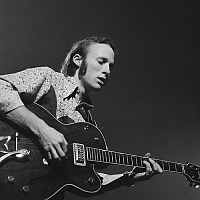 It's no matter. No distance. It's the ride
A valley, a forest, a desert, a stream
And an oversized bridge for the trickle beneath;
You remember the torrent it turned to last Spring
From the snow melting fast
And the river it became in the summer
Perhaps it is ruin from a fire that has scorched it
So badly that nothing will grow without rain;
To wash away the blackened soil
Now useless until called upon again
In a future as distant and far away as the next range of mountains
Then take it as far as you see and beyond
With eyes you don't use enough to gather up strength;
As Thoroughfare Gap
What awaits is whatever you see
When you get there of even before;
It's no matter. No distance. It's the ride