Sdílej
Here comes the revolutionist executionist
Flip a triple six into three nines cause a crucifix
Each man holdin no man foldin
Coast is clear and Premier's in the green tank rollin
Prepare get on your post and stand clear
They wantin to shut us down but the home team's here
What? You act like you're sweet or something
This ain't no Desert Storm bullshit war we all dumpin
CODENAME, Jamel wit non-strap
Wit six clips of teflon, suited in camoflagued
Got kevlar helmets wit masses
Wearin mob gear in cause they try to infumigate us wit gases
MISSION--to seek and destroy
We were sent to get rid of you, make the situation critical
First Family will gradually, lift that ass up like gravity
And turn your body frame into a cavity
NFO--that's No Fair Ones
Watch me nine milly turn into a flare gun
Sparkin wit the same marksman
Known for gunnin and runnin and bombin
Wit the ?lyrics? squeeze of my gun barkin, YA HEARD!!
You know my family style
I'm goin out wit my gun in my hand like Big Mal
I ain't got nuttin to lose, so move on me if there's something to prove, fool
This is war


Chorus
"There's a war goin on outside no man is safe from" [Prodigy]
"So what you gonna do since you know now"
"There's a war goin on outside" "It's impossible to stop" [Guru]
[Guru]
This world's a twisted maze, but I got the swiftest blades
My swords they can slice and dice precise ways
Those who come against me, can get blazed, sprayed and laid
No trace, just a glimpse of my face, hittin the shade
You look up, there's a full moon in the sky
And all my would-be enemies, yeah they're soon to die
Livin in this warzone, we frequent fly at home
Many of us grow violent prone, ain't tryin to be dyin alone
So I'ma take the competition wit me, Lord forgive me
But a whole bunch, of blood-suckin punks, is out to get me
In a flash of a moment, I slash vital components
Tryin to scheme on me and my team bitch, you know we own this
We can scrap, wit guns, knives, chains and bats
Whatever baby, erase that ass quick fast off the map
Plus they better bring, medical attention after I swing my weapon
Won't be no recovery, no divine intervention
No prevention, from gettin hung in the streets where I'm from
'Nuff blood shed, this war's just begun
fotky 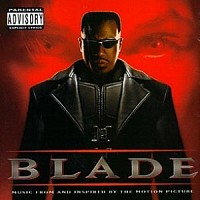 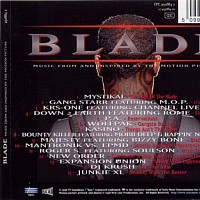 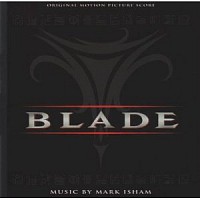 Chorus scratched and cut up 2x
[Billy Danze]
How many predators out there that want me
That's how I stand off, NOW
I come to diminsh every one of you blood suckers
Hands off, lay em down NOW
ALL CULPRITS, be alarmed
First Officer Danze reportin for 'Nam
When I'm bringin the storm, I'm all in
Yes I done stepped in the chest of many men
THEN AGAIN, it's a part of my persona like puff stumps and marijuana
IIAAAH, ?soutch? em out, FIRE
>From all angles, that's how we was trained
Either slay or be slain, it's in the game for my soul
To be as cold as the blood in my vein
Knowin my name, help niggas perform abnorm
FIRST FAMILY, let's get it on
Just keep in mind I'm a marksman, I'm sensitive about that there
So you better watch what you say to me, hear?
PLAY WIT EM fierce, know where to run
So I post and defend, forgive me Father I may sin
And thou shall remember the code of the street
(Hold heat), roll deep, (don't sleep) or you'll be murdered
Since I've arrived I learned how to survive on this earth
Holdin down this turf, now I declare WAR!!
"There's a war goin on outside no man is safe from"
"It's impossible to stop" (YEAH!)
"There's a war goin on outside" "It's impossible to stop"
"No man is safe" "There's a war goin on outside"