Come Away From The Light


Like a willow spilling downward
Or a hand to holy water
His back bent like a reed against the storm.
He shrank until he wasn't there at all.
Tell us what you saw, John
Drinking wormwood water from a brandy glass
Oh, John, won't you tell us what you saw
fotky 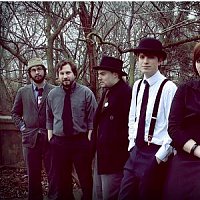 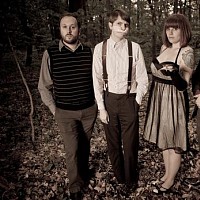 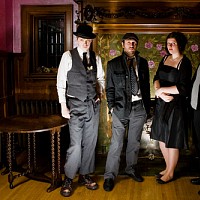 I saw a beast with bright red eyes
Eyes as bright as a liquor store sign
I saw a beast, tall and wide
Tall and wide as the water tower's high
I swear… I swear that's what I saw
His tired eyes had narrowed
Sullen, sunken, lined in shadow
Like a flower bending to a setting sun
John wondered if his time had finally come
His kudzu veins had hardened
Ever since the drinking started
His life had been a quiet passing storm
John sought to leave his mark upon the world
Tell us what you saw, John
Clutching a pen in your trembling hand
Oh, John, won't you tell us what you saw
I saw a beast with seven heads
A head for every emperor of Rome
I saw a beast with a crown of horns
A crown of horns and a chandelier of jaws

Come Away From The Light