Sdílej
Cast from, the stillness, fleeting ends,
The dissolution of silence is design and discord,
The humble gesture of opening an eye,
A sightless wake to recurrent mirrors


Attesting the sole observer through innumerable minds,
Revival of a stream of thought, lost and familiar, surges into the immediate,
Consumed by those unfathomable insights,
Plagued by the soaring pillars of noetic certitude and growing distress
And what of His disfigured form, that wanes in a merging union
Contented art death, like scattered splinters that penetrate the entrails
Antithesis, the barren idiom of the metaphysic,
Exfoliates the futile beginning
fotky 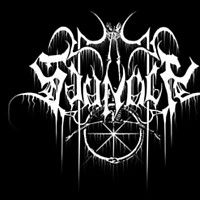 Teeming, abject gestures, to acquiesce amid the trepidation,
A wreath of laurels marks a transient succumbing,
Yield to the deceitful guiles of pleasure,
Trifling with mindful reaches of the void
Inept and defiled, rotten fruits on deific vines,
Knowledge and transparency abound, but to what avail?
What then of insight for the already known?
A subsequent moment of that foregone
Unbending spiral, descent into the absurd,
Successor of the narrowly avowed confines of sense
Visually recurrent mold, a mirroring of thought,
Stagnant motion within a tier of solemn delusion
The piercing end of acute revelation
Respite bestowed in the insoluble abyss,
The yearning of all,
Cast into the light
Tremors of the enlightened,
The irresistible dread of salvation,
Humbled by self-resurrection,
The final axiom concealed in silence
The harrowing interludes of grief,
Now a rapturous cancer to savor,
Now marked by permanence,
The insignia of all
And so, led into temptation
And so, the duplicitous voices recede
And so, devoid of shame
The onset of a refuted proprium
Yet, the dictum is silenced,
And silence reduced to mere vacuity