On The Boulevard (feat. Nottz and Adonis) - text


Every morning Kenny wake up 'bout 5 am,
And jog about seven miles before class start.
Had dreams of being the next superstar,
Like that boy who sang Bo'.
Kenny's ambition was crazy,
In his heart he was determined to get it,
So he stuck wit' it.
Six days out the week kenny hit the track,
With his goals set high, he ain't turning back.
Lost one too many of his friends over goods and crack.
Kenny put it in his mind there's something better then that.
His daddy called him flypaper the way he stuck to the track,
His momma said "it's your time baby you can't turn back."
And through all the blood, sweat, and the tears,
Kenny promised the fan for 40 years
To come, got to get it.
He shall prosper,
Jumping hurdles in life 'til the next one pop up.
I've been trying so hard,
To erase the scars,
Of living this life,
On the boulevard.
(Oh on the boulevard)
fotky 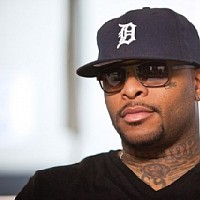 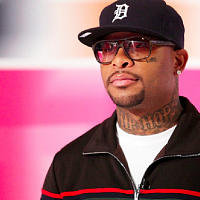 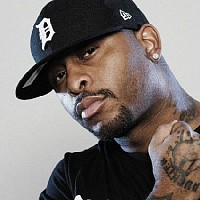 Every morning Kenny wake up at 9 AM,
Hit the traphouse and stay there til its 5 AM.
I call that trappin' pages.
He always holdin his dick, always busting off,
But I don't call that masterbation.
He all about heart.
And you will never hear "Oh my god they killed Kenny",
Bitch this ain't South Park.
This the dirty mittens scurvy conditions,
Workers is stealin, stealers is workin.
You only as real as the nigga you murdered.
Bullets fly to your chest leak,
Treat you like you a crownless chess piece.
Middle finger never up, that's a substituted waste.
Why would he do that when can just tell you niggas "Fuck You" to your face?
He could fill up y'all with philly's boulevard bully,
To pull your card with no regards for the laws, wearing a hoodie.
Police on his trail, he toss the bird,
Roll his window down like "Can I help you office-errrrr?"
I've been hustlin' for so long.
The streets just won't leave me alone.
It's a battle I've got to win.
I can't give in.
I've been trying so hard,
To erase the scars,
Of living this life,
On the boulevard.
(Oh on the boulevard)
Bound for destiny, for greatness
Yet they both struggled with the 9-7
As evidence they were meant to be more
Yet they can't seem to finally find the score
Cuz the game they played was rigged from the beginning
And in the end I sit on the sidelines and cry
Both cues stuck in a parallel universe will lose their lives.