Sdílej
Six years ago at a Blood Duster show
he found it out, without a shout
Stage diving, and Windmilling in the pit
That's what Tony asked for, so he did


Trying to fight his way up to the stage
But he didn't had a chance
Couldn't stand up, got beaten down
By the true old school fans
A fist on his face/ A rib out of place
A knee in his back/ His jaw got cracked
A finger in his eye, And a liver got smashed
A kick in the nono/ His skull just crashed
fotky 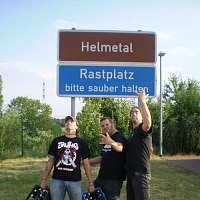 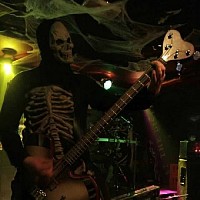 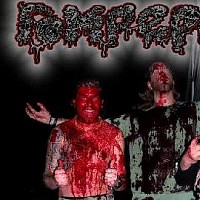 Achmed got pissed and in his head something snapped
that's it!! Here we go, I'm gonna fight back
Took off his shirt, and finished his beer
Forward march!!! Allah is here!!!
Achmed's Arüm the perfect mosh-limb
Holding his stump by his terror-wrist
Make sure you don't get hit
By his limp in the Moshpit
he grabbed himself by his own wrist
Starting to pull his arm down
Blood, puss, and guts falling on the floor
NO ONE CAN STOP HIM NOW!!!An arm, a wrist, a shoulder, and a fist
Watch out you scum, Kebab is pissed
3 strikes, one wide, fist base for free
he hits you so hard, Mekka's all you see!!