A stroll through the wild, with birds at my side
Harmony in my hands, by the tones of a harp
A green leaved forest, and streams gleaming white
Not too long ago, my memories fade


Thunder shook the grounds of mine
Marching in line, silvery clad, eagle in the sky
Approach the storm, the rise of rome
Follow your heart into the dark, call for my return
Brothers and warriors, their death is now written in stone
Legions of rome, falls one by one...
Legions of rome, falls one by one by the sword
Red eyes of rage and murder of thousands men
Under gods defence, the storm is turning around
fotky 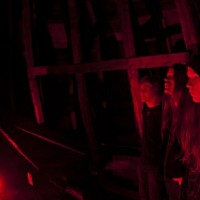