Raw shit, hardcore hip-hop hits
Yes, live, real rap's back again
You in tune to the real, Hard Truth Soldier radio
The _Sonic Jihad_ continues
Where you either with us, or you against us
Dogs of the world unite
It's Public Enemy


GOD DAMN I state with my fist uplifted
In a state where our freedom is severely twisted and
abused, I'm used to rhythm of rebel
I've been fightin this shit with the volume level up to
ten and spendin my time on the rhyme battlefield
Watchin as my brothers are killed with no justice
or peace, in the middle of hell
And I was out on the Isle when the two Towers fell
So now you're gonna tell that the war is won
and what's done is done, an all-good _Son of a Bush_
I've been there before, "got a letter from government"
Slid underneath, my front door
The poor get fucked while the rich is still amused
And what's left of the Bill of Rights is pimped and abused
While the patriots actin like kings
But the black is back, I'm all in with the noise I bring!
fotky 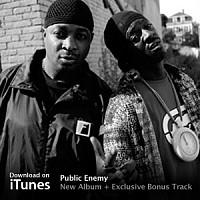 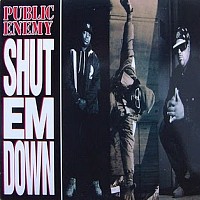 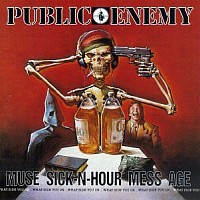