Yo Chuck, bust a move man
I was on my way up here to the studio
Ya know what I'm sayin'
And this brother stop me and axe me
''Yo wassup with that brother Chuckie D, he swear he nice''
I said
''Yo the brother don't swear he's nice, he knows he's nice''
Ya know what I'm sayin'
So Chuck, we gotta fill in
You turn him into a Public Enemy man
Now remeber that line you was kicking to me
On the way out to LA ??? ??? ???
While we was in the car on our way to the Shot (?)
Well yo right now kick the bass for them brothers
And let them know
What goes on

What goes on
fotky 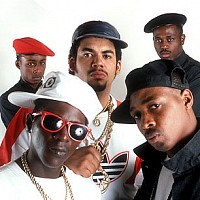 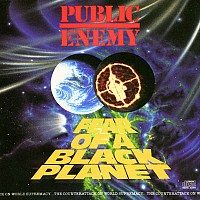 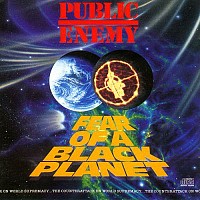 Well I'm all in - put it up on the board
Another rapper shot down from the mouth that roared
1-2-3 down for the count
The result of my lyrics - oh yes, no doubt
Cold rock rap - 49er supreme
Is what I choose and I use - I never lose to a team
Cause I can can go solo - like a Tyson bolo
Make the fly girls wanna have my photo
Run in their room - hang it on the wall
In remembrance that I rocked them all
Suckers, ducks, ho-hum emcees
You can't rock the kid - so go cut the cheese
Take this application of rhymes like these
My rap's red hot - 110 degrees
So don't start bassin' I'll start placin'
Bets on that you'll be disgracing
You and your mind from a beatin' from my rhymes
A time for a crime that I can't find
I'll show you my gun - my Uzi weighs a ton
Because I'm Public Enemy number one
One (x7)
You got no rap - but you want to battle
It's like havin' a boat - but you got no paddle
Cause I never pause - I say it because
I don't break in stores - but I break all laws
Written while sittin' - all fittin' not bitten
Givin' me the juice that your not gettin'
I'm not a law obeyer - so you can tell your mayor
I'm a non-stop, rhythm rock poetry sayer
I'm the rhyme player - the ozone layer
A battle what? Here's a bible start your prayer
This word to the wise is justified
If they ask you what happened - just admit you lied
You just got caught a - for going out of order
And now you're servin' football teams their water
You messed with the master, word to Chuck
And I'll wax cold tax, made sure you got dome (?)
You just got dissed - all but dismissed
Sucker duck emcees - you get me pissed
It's no fun - being on the run
Because they got me - Public Enemy number one
One - One - One
One - One - One
Don't you know, don't you know
I got a posse over force to back me up
Watch out, we got never the match
Ambush attack on my back - doubleteamin', get creamed
So we have us ??? ???
Wanna hear it again
We got a force - enemy down
The L.I. circuit sound
Ain't it Chuckie D, myself and KG - Flavor, DJ Melody
Oh yes, I presume it's the tunes - that make us groom
To make all the ladies swoom (?)
But it's also the words from outer region - a goldboy session
Kickin' like Bruce Lee's chinese connection
On stereo - never ever ???
All wax - yes I'm talkin' about vinyl
They said stop freeze
I got froze up
Because I'm Public Enemy number one
One - One - One
One - One - One
One - One - One
For all you suckers - liars, your cheap amplifiers
You crossed up wires are always starting fires
You grown up criers - now here's a pair of pliers
Get a job like your mother - I heard she fixes old dryers
You have no desires - your father fixes tires
You try to sell ya equipment - but you get no buyers
It's you they never hire - you're never on flyers
Cause you and your crew - is only known as good triers
Known as the poetic political lyrical son
I'm Public Enemy number one
One - One - One
One - One - One
One - One - One
Yeah, that's right Chuck man
That's what you gotta do
You gotta tell them just like that
Ya know what I'm sayin'
Cause yo man, let me tell you a little somethin' man
These brothers runnin' around - hard headed
Makin' a little jealous
Ya know what I'm sayin'
Just like that, ya know
They try to bring you down with 'em
But yo Chuck, you gotta let 'em know who's who in the world of beat
You gotta let 'em know that this is the 80's
And we can get all the ladies
And in the backyard we got a fly Mercedes
And that's the way the story goes
That's just the way the story goes
Let me tell you a little somethin' man