I came from a place I forgot
I woke up in the parking lot, far from a meal and a cot
On the corner where all the streets got the same name
Maybe my brain's on the brink of (INSANE!)
Pain between the papers while sleepin on the train
This the land of milk and honey (know what I'm sayin?!)
The invisible man times three
Black, down and out - out standin on a corner (no doubt)
Now a nation of homeless sleepin in bus stations
Another win for the pilgrims who said (NO MORE HAITIANS)
As I proceed, someone to feed me is what I need
(Three blocks of dealers tryin to hit me off with some weed)
Yeah, avenues and boulevards hungry as a (FUCKER)
Hope to get a ride from a (TRUCKER - aiyyo man)
Everybody know I ain't no (SUCKER)
Every time I used to drop thirty at the (RUCKER - that's it)
Away from the crazy kids in Generation Wrecked
Dissin pyramids while praisin projects
(Walk past old folks gettin no respect!)
Callin young folks a bunch a no-good rejects
And I walk on


An eye for an eye, I can't recognize the man in the mirror
Is it I? It is I
Now who this cat I'm lookin at?
Cause I've been waitin so long, to get where I'm goin
An eye for a eye, in this country 'tis of thee
Now how the hell, can I be free
And who this cat I'm lookin at?
Cause I've been lost so long without anybody knowin
So I move on (uh-huh) and I walk on (yeah-yeah!)
Past the preachers and the pimps gettin their talk on (SAY WORD?!)
Why do home gotta be where the negative roam
To be or not to be (so I roll alone)
I'm trapped within, this skin and these bones
Amongst temporary kings, on cellular phones
Can I last, as I walk past
Mad cigarette billboards, and malt liquor ads
(Walkin on da bottles and potato chip bags)
Everyone I see got the nerve to brag
Where they from, what they got, and don't own squat
Disrespect where they from and you might get shot [click click BOOM]
Zombies askin me, what the latest bomb be
(You shoulda shot the fuckin sheriff and the fuckin deputy G!)
For okayin the drug trade and lettin it be
But I know prison for me, is an industry
So I walk, heard the best things in life be free
(Didn't God make this land and the air that we breathe)
Not for the homeless, don't give a damn about me
In the mirror somebody else is starin at me
Maybe prison is the skin I'm within
All this time I been sufferin can't fix it with a Bufferin
Plus they said I'll never work in this town again (God damn!)
So I keep on walkin - yeah
fotky 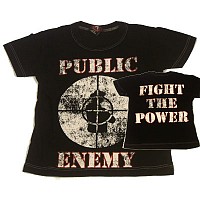 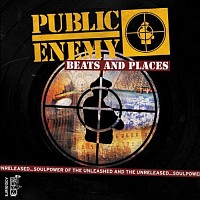 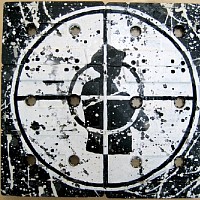 An eye for an eye, I can't recognize the man in the mirror
Is it I? It is I
Now who this cat I'm lookin at?
Cause I've been waitin so long, to get where I'm goin
An eye for a eye, in this country 'tis of thee
Now how the hell, can I be free
And who this cat I'm lookin at?
Cause I've been lost so long without anybody knowin
Lil' DayDay is Big Day and just did time
Seen him standin (on the unemployment line?!)
Which collided with the line of the health clinic
I seen Crazy Stacy, her ass standin up in it
No more welfare, they cut her Medicaid
(DAMN! My momma used to do her braids)
I keep walkin, so they don't see me
But I doubt if they doin much better than me
So I walk on, never take the planet for granted
I paved the concrete, asphalt and granite
I walked past three brothers, sittin on the porch
With a yard of dirt, and littered with Newports
Talkin how they comin up while they sittin on they ass
As I walk past 'em I'm the target of they laughs
And one said "Let's get him for his fuckin stash"
As I walked fast, past the other yards with grass
Had a little cash, I tried to make it last
From a few deals I made from cleanin windshields
I ran like a (rally) they caught me in the (alley)
Can't get out the ghetto from New York to (Cali)
I thought I had nothin, 'til I felt the knife
And now I ain't even got a life... [echoes]