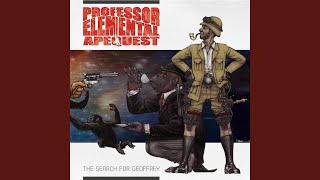 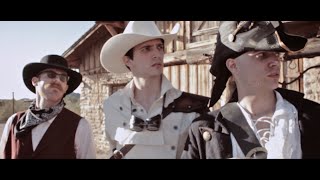 
Yeah I got a story to tell ya...
The tale of the West.
The Weird, Weird West.
Listen a spell.
Let me explain.
A stranger rode into town with no horse
No one knew what was stranger
His clothes or his walk.
They supposed he was dangerous
He showed them a painting
Of an ape in a suit that had ladies fainting.
But this was no bar of barflies and snitches
These were men who pulled themselves
up by their britches.
And women as tough as they were pretty,
As pretty as they were tough
And they WERE pretty.
And if this stranger had tried anything funny,
They'd have punched out his lights
and taken his money.
But he went to the bar
and he grabbed him a drink,
He downed it, demanded more,
but before you could blink
The bar fell silent.
Uneasy quiet.
The stranger regretted that drink once he tried it.
A shot of moonshine, and rattlesnake venom,
That belonged to Big Jake who then drew his weapon.
Take a look all around
Now you're in the Wild Wild West
But there's something kinda strange
Not like the rest
It's the Weird, Weird, Weird, Weird West!
fotky 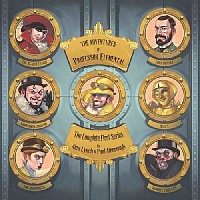 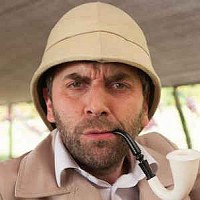 The stranger said- "Stop-
wait a second friend!"
"Let's be gentlemen,
maybe even make amends!"
"A nice game of cards
the loser buys the winner dinner!"
Big Jakey just laughed¨
At cards he's no beginner.
All accross the bar relief on all their faces,
But as he delt, from the sleeve fell several aces.
And Jake's face fell, stood up, eyes narrow
The stranger did a dance like a badly injured sparrow.
Jake struck first- Stranger duck- Jake missed
And punched one of three brothers, so while the stranger hid-
The brothers stood together- baddest men you've ever seen.
Jake's crew squared up- Evil, rude and mean.
Someone yelled out "FIGHT!"
Brothers came out swinging,
Bringing chaos to the bar- Dangerous men and women.
Bottles smashing, people flying, punches landing,
And when it was all done-
No one left standing.
They all went down
The good, bad, the unstable.
Finally the stranger came from underneath the table,
And in walked the Sherriff
"Look, this fight is uncovered!"
There's a bowdown, Jake, and all Three Brothers
And the others. Whoever went to get these guys,
I wanna look him in the eyes."
"I'm about to Deputise."
The stranger had gone.
Best for everyone's sake.
No one knows where he went-
Or if he found his ape.
Take a look all around
Now you're in the Wild Wild West
But there's something kinda strange
Not like the rest
It's the Weird, Weird, Weird, Weird West!
"Well it's... It's definitely a different kinda West if you ask me..."
"It's a peculiar kinda West if you ask me..."
"Off-Character if you ask me!"
"Different is the word that comes to my mind..."
"Not normal is what comes to my mind..."
"It's Odd West are the words that come to my mind!"
"It's certainly a Wacky West."