Puffin' on the spliff, always feelin' high
Talkin' to the bitch, nah I ain't feelin' shy
Yeah Yeah Yeah I'm the guy
Don't don't don't ask me why she is never dry
I will shag the chick until she touch the sky
fotky 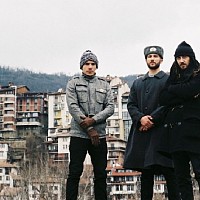 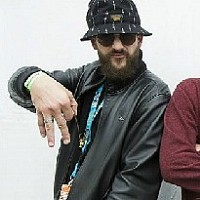 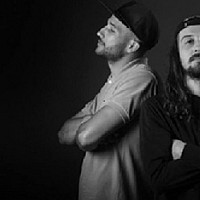 Til' she fly over the cloud
Yeah man, I'm a psycho
Smashin' any set of the Djs that I know
Beatin' the riddim with the knee, with the elbow
You can see me ridin' with Billy and Mago
Yes bro, I said I'm a psycho
Trust me, there is nowhere that I can't go
Where I can't roll
I'm fly, I don't lie with the flow
I'm a big frie like Frisco
Coz I'm a grime lord, Grime head
Who told you that PHC's dead
Who told you that we don't make bread
Should I repeat what I've already said
I am a the riddim killer
The super raver, super baker, super nova
Ring the alarm, lock your farm
Wolfs out, now It's a danger
When we go in, when we come through
Punch in your chin, what are you gonna do
Im born to win, I never lose
If you don't know what I mean, demande au couz
Jviens de Montpellier and I was in Manchester
Day by day, man's bigger and better
I just wanna play with my french manner
I want you to say, Tasty is the master
Tasty is the don, Tasty is my father
I am his son, Darth Tasty vader
Don't leave me alone, give me a favor
Play the song and put it louder
Don't fuck up the bass or I fuck up your face
Give me some space and we mash up the place
I can spit faster, louder, harder
I fuck up the race and smash the showcase
You heard the man like woi
Them man are hard but act like boys
Don’t get silly, nick name Billy
Don’t mean I’m nice, I’m just makin' noise
Woi I’m high, damn daily
Playin' it rough, you’re a lamb I’m a wolf
I’m steady enough I can still save Willy
Say holy moly what's in your sound bruv
Holy holy holy that’s what the crowd love
I’m hungry as fuck you’d better bring me food
Bring chicken, not duck don’t be such a fool
I’m hard like chili, I’m smooth, I’m cheesy
And i’m standing on top you can call me cherry
I’m skinny as fuck but my flow is heavy
And I melt like chocolate, call me Mon Chérie
Inside I’m a badman
People hate me like Zlatan
I’m hot and moist I’m a hammam
I am the Megaman you’re doctor Willy
We the french famalam'
It’s time for the grime to slap Ram Jam
Out your TV, yes we the man you know we’re the jam
And yes we the hooligan rapin' Black Betty
Woho black Betty bang berang
Woho black Betty bang berang
Black Betty had an ass bang berang
And a pussy wide open
Orphan in the rap game
We often scream out the name
Perfect Hand, takin' the blame
We fuck up your brain and blow out the flame