Surrounded by woods, and a misty haze
Stand the ruins, a legend, from far off days
The ruins of the castle of darkness.

Two mighty lords, in the midst of a fight
Brandishing swords, in the dead of the night
Between the castle walls.

Then evil took in, the empty standing castle
It was occupied by creatures of the dark.
fotky 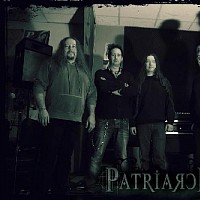 They digged out the dungeons
They reached as far as hell
You saw the fires, felt the heat
Once grew here the evil seed.
Now there are only signs, of forgotten glory
Reminding on victory and wealth
A golden throne
Wrapped up with webs
Broken blades, lying all around
Between diamonds, silver and gold.
Now it’s a dwelling for rats and bats
Now it’s a shelter for the wolves.
Will-o-the wisps
And ghosts are roaming
The signs of evil
Are overgrown with weeds.
The castle of darkness.