Darkness like a cloak of saffron velvet surrounds him
Stark trees of stone support the moon and stop the sky from falling in around him.
He stands upon his mountain throne
his arms held high he's all-alone.
Ashen face turned towards the sky
His eyes reflect a tormented soul
Endless years have took their toll
His mind too troubled to let him die.


Lightning, swift and dazzling as it flashes silhouettes him
A gnarled old man of ageless time his bony fingers draw his cloak around him
He slowly bends his weary frame
Picks up his lamp adjusts its flame
Secrets of the night to unfurl
He walks away with laden tread
Slowly turning his grey old head
Briefly looking back at the world.
Visions of the ages that have passed fly before him
Memories of kings and queens, long since dead their ghostly forms surround him
But soon these figures start to fade
They're only dreams an old man made
A wish that is borne of despair
There is no one left to take their place
No Arthur now to save our face
No leaders who seem as if they care
fotky 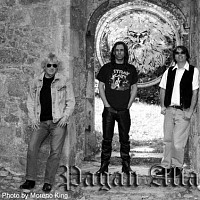 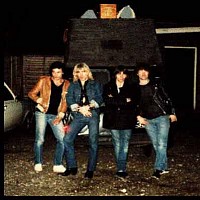 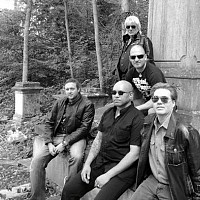 Oh where are we going to?
What is there left for me and you?