Paddy and the Rats


Go to the mage for younger age
and they steal his elixir
but without the spell it doesn’t work well
they only get a trip to fear
The dwarf, the elf and the leprechaun
Make their way to the fairy’s grace
With its magical power sure it can
make them lovely face
fotky 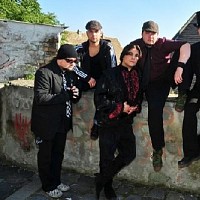 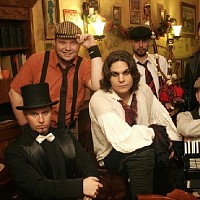 With an old, cheap cardtrick, win the witch’s broomstick
and make their way to west
Rag coats are flapping, Rodin’ the north wind
to despoil the griffin’s nest
Play on a tin flute and a mesmeric big lute
but their melodys’ out of tune
so it breaks the silence, wakes up the giant
who catches up and chokes them rude
The end of their way as a run-down mayday
They have an ale in Moe’s pub
Return to thier chamber to have a big slumber
but they realize they’ve been robbed

Paddy and the Rats texty