This thriving urban center has been the homeland of the goblin race for over ten thousand years.
A new race tries to breach the high walls of Nekropolis.
A new race is mutilated!]

Ten thousand years
Of bitter war,
The soldiers march,
March towards the storm.

They rage on -
Through the night!
Locked into a vicious fight!
fotky 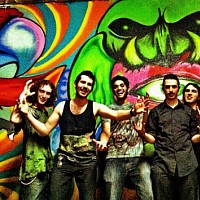 Drink the blood and remove the eyes,
Rip out the tongues to silence the cries,
Only misery the survivors will find,
As they crawl away deaf, dumb, and blind.
Armies will charge, again and again,
No victories await them, just a bitter bitter end.
Protecting the capital, their emerald crown,
The goblins will strike the heads to the ground.
Any siege will be doomed, no matter the force,
The goblins just eat them: soldier and horse.
No one will dare to scale the high walls,
Or vats of dark acid will cover them all.
Ten thousand years,
We've held them back,
Anyone who dares,
Dares to attack.
The armies -
We maul!
Endless cries ringing through the halls!
Our home since the dawn of time,
Empires may rise and fall, but the lights of Nekropolis will always shine.
So many battles have been waged, outside of NEKROPOLIS!
The invaders will fall, outside of NEKROPOLIS!