I Am An Island - text

My Own Private Alaska

Sdílej
Some people are sick and other people pay to see
They same starving children are singing for the president
Some people are sad, and hang themselves on Christmas Trees
It's time to answer by chaos
Have you seen the TV ? Have you seen it well ?
Have you read the news ? Do you know them by heart ?
Did you know a man killed his own family ?
Have you seen what I don't wanna see ?
No hope for some change to come
No truth to learn, just learn to lie
If I don't kill myself, it's cause I've already left
Elsewhere, anywhere, nowhere 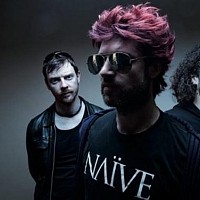 My Own Private Alaska texty