[Havoc]
Word up, son, I heard they got you on the run
for a body - now it's time to stash the guns
They probably got the phones tapped so I won't speak long
Gimme a hot second, and I'ma put you on
It's all messed up somebody snitchin on the crew
And word is on the street is they got pictures of you
Homicide came to the crib last night, six deep
Axin on your whereabouts and where d'you sleep
They said they just wanna question you, but me and you know
that once they catch you, all they do is just arrest you
then arraign you, hang you, I don't think so
It's a good thing you bounced for now just stay low
Once in a blue I check to see how you're doin
I know you need loot, so I send it through Western Union
They probably knock down the door
in the middle of the night, sometimes around four
Hopin to find who they lookin for but they want the seed
All they gonna find is mad empty bags of weed
But word son, you got the projects hotter than hell
Harder for brothers, to get they thug on but oh well
Son they know too much, even the hoodrat chicks
Oh you heard who did what, no I don't who did shit!
So stop askin, then I know I'm not goin crazy
From windows, I see lights flashin and maybe
somebody's takin pictures - and you know who that be
Police lovers, and neighborhood snitches
They put up your sheet so everybody's pointin fingers
and lyin, aiyyo son, the temp is risin 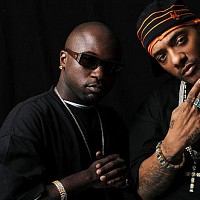 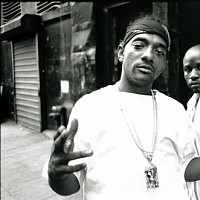 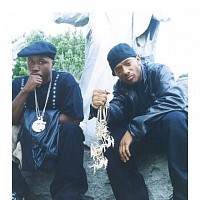 [Prodigy]
What up black? Hold your head wherever you at
On the flow from the cops with wings on your back
That snitch nigga - gave police your location
We'll chop his body up in six degrees of separation
Killer listen, shit ain't the same without you at home
Phony niggas walk around tryin to be your clone
They really fear you, when you was at home they was pale
That's why they wanna see you either dead or in jail
By the time you hear this rhyme you'll probably be locked up
Tried to hide somewhere along the lines your plans slipped up
Got caught up in a crime that you can't take back
Reminisce on how I used to pick you up in the Ac
Years ago when we was younger seemed the hood took us under very deep
Wonderin who snitched it got me losin lots of sleep
at night, you know my mouth is tight
I never sang to the cops cause that shit ain't right
Sometimes I stroll past the scene of the crime and backtrack
Damn - why the situation go down like dat?
It'll be a long time before the heat dies down
And a - couple of years 'fore we see you around
But 'til then maintain and keep your story the same
The cops is grabbin wrong niggas, lookin for someone to blame
They harrassin, strugglin to find the truth
There's a chance ya case'll get thrown out, cause they ain't got no proof
to say you're guilty, your fingerprints filthy
Deliver - me the gun, I'll tie it to a brick and throw it in the river
Make sure it sinks to the bottom
Outsmart police, snuck you out the projects, we got 'em
But still, but still, but still...
[Chorus 3X]