Wanna see the world, ain't scared to do it
Even if, your shocked by it
Me and you, lost when you do it
By myself, better off bein' you


[Intro: Method Man]
Smoke cess nigga, smokin' that A.K
Norther lights, yeah.. stick 'em!
Uh, ahhh, baby, you know it like a poet, baby doll
Yeah, yeah, crooked letter in, uh uh, S.I., better
known as the crooked letter I
Come on! Self Service
[Method Man]
Y'all know me since '93, now let that weed burn
Back in this bitch, class dismissed, it's the return
Of the super sperm, game over, lose a turn
Takes a germ to kill a germ, when will y'all killas learn
Your only as good as your last hit
Soon as you put them automatics on safety that's it
I calm them bastards, I call them ratchets
Till you blasted, till y'all come ashes to ashes
We make classic, huh, bring you a rougher sound
You either up or down, don't get that ass kicked
Ya'll niggaz fuck around, y'all only tough around
The crowds, scared to bust a round, don't get that ass kicked
What part of the game is this?
I came to break bread, evidently y'all killas came to bitch, nigga
So, whose the whipped nigga, don't even trip, nigga
Some say they pull trigga, I think they bullshitter
I just begun to fight, if mommy like daddy talk
Then daddy might get him some tonight
Give me, my limelight, give me, my five mics
Give me, some weed and a light to get my mind right
Is he, the illest M.C., to ever play the tough city
To find out it'll cost you bout a buck fifty
Across your face swiftly, my after taste shitty
Whose built by New Yitty, whose milked like two titties
And I ain't even got to say my name
I got this duck wit her legs up like, "say my name, trick"
You think it's all a game, like pussy all the same
I'm speakin' toilet slang, not seakin' hall of fame
It's raw, sushi, stain in your drawers, dooky
Quarter a Lucy, quarter more for a groupie
That like to pop snoopy, think she gon' pop coochie
Just cuz you got Gucci, don't mean you not hoochie
Girl, I tell it like a T-I-N
Ain't no other kids eatin' till I feed my kids
Trick, oh, you ain't crushin', sister, I can't do nothin' wit you
My money's celebate, honey, and we ain't fuckin' wit you
I do it for the nookie, some say I'm too pushy
Only thing better than pussy, that's some new pussy
There that go, looky, it's gettin' ugly even
With niggaz so broke, they couldn't spend a lovely even
fotky 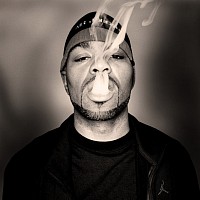 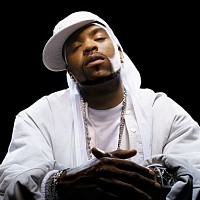 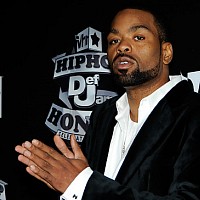