[Verse One: RZA]
Lyrical shots from the glock
bust bullet holes on the chops, I want the number one spot
With the science, of a giant
New York defiant, brutal like domestic violence
Silence of the Lambs, o-ccured when I slammed in
Foes grab their chairs, to be mad as Ralph Cramden
Others come with shit, as silly as Art Carney
But my Tetley triplizes, more kids than Barney
Never need for stress there's three bags of sess
a damn I rest, playing chess, yes
My thoughts be sneaky like a crook from Brooklyn
When you ain't lookin, I take the queen, with the rook then
I get vexed, layin phat trax on Ampex
Morphous God, gettin drunk, off a Triple X
Violent time, I got more love than valentines
The violent mind, I blast with a silent nine
fotky 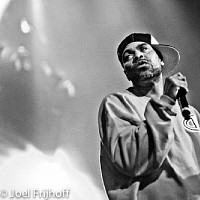 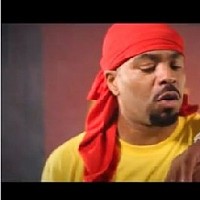 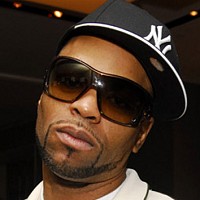 [Verse Two: Inspector Deck]
My hazardous thoughts to cut the mic's life support short
Brains get stained like tablecloths when I let off
Powerful, poetry pushed past the point of no return
Leavin mics with third-degree burns
Let me at 'em, I cramp your style like a spasm
Track em through the mud then I bag em
We're screaming hardcore, hip-hop drips out my balls
and I be raw, for four score plus seven more
I strike like a bowling ball, holding y'all hostage
like hail, electrifying the third rail
Peep the smash on paragraphs of ruckus
Wu-Tang (Clan ain't nuttin ta fuck wit)
[Verse Three: Method Man]
Hot time, summer in the city
My people represent, get busy
The heat-seeker, on a mission from hell's kitchen
I gets in where I fits in for head-touchin, listen
Enemy, is the industry got me flippin
I don't give a fuck tell that bitch and a nigga
I'm killin, snipin, catchin murder cases
Desert Storm-in, I be searchin for oasis
As I run a mile with a racist
Pullin, swords, hit the Billboard with a bullet
Peace to the number seven
Everybody else get the fo'-nine-three-eleven
(Mr. Sandman bring me a good dream)
I don't know what's going on
if you can take us there...
[Verse Four: Street Thug]
Yo, watch me bang the headpiece there's no survival
My flow lights up the block like a homicidal
murder, underground beef for the burger
P.L.O., criminal thoughts you never heard of
I switch, the city never sleeps, life's a bitch
I shit, runnin through bitches like Emmitt Smith
Caution, niggaz best to be careful crossin
the street, before they end up layin in a coffin
Don't sleep, niggaz tend to forget, however
Peep this -- my nigga Case lives forever
[Verse Five: Carlton Fisk]
What evil lurks in the heart of men?
It be the shadow, street-life, flowin again
I had a plot, scheme, I knew for sure
Only one kid would knock the hinges off the door
The jerk tried to jet, Sabrina at his neck
Thirteen pounds on the table plus a tec
Just when I said, "Where the fuck's the cream?"
Another jerk came out the kitchen with the M-16
He tried to cock it, blast these shots like, rockets
Crushed his collarbone, ripped his arm out the socket
My move for the table was swift, I got my hostage
(The nigga tried to stab you God!) but I dodged it
Niggaz said, "Carlton youse a ill motherfucker"
Cause I made it look like they both killed each other
And I'm out
(Mr. Sandman bring me a good dream)
(Mr. Sandman bring me a good dream)