[Hodgy Beats]
I said 2DopeBitches wanna diss on a blog
wen they can't see through this Odd Future smog
Odd Future Wolf, you a premature dog
I burn your whole website like it's a fuckin log, uh
I'm past dissin, and now I'm admittin you to
come to a show and, check out our performance
They feel us deep inside like a pains in the organs
We make it rain music when it rains it is pourin
Niggaz only holla at us when they want somethin
Fuck 'em all, no drawers, homey you get nothin
And you can label me the asshole, buttcrack
I ain't whack so I'm everything but crack
Tyler get it off my shoulder, dust that
All cause you spittin fiction, and we're just facts
Odd Future Wolf Gang bang bang
We on our Odd shit, you can't do the same thang
[Chorus]
That's my (team)
Odd Future that's my (team)
O.F. that's my (team)
The Wolf Gang that's my (team)
Yo, Left Brain's on the (team) Tyler Creator's on the (team)
Hodgy Beats on the (team) Earl Sweatshirt (team)
Syd tha Kyd (team) Super 3 (team)
Domo, Genesis, uh
fotky 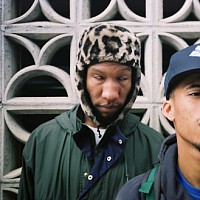 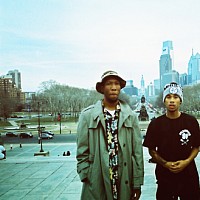 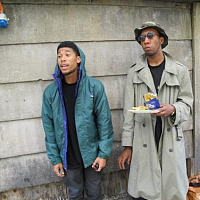