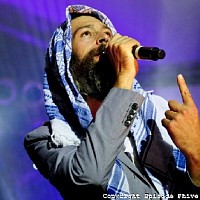 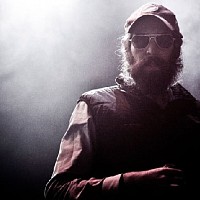 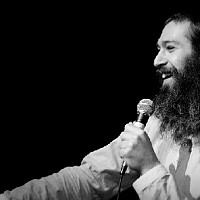 Patterns engraved not so easily erased, still wandering trying to find your place
Playing the game I see pain on your face now a day's the yiddin like children sold as slaves
Strange ways running through the maze, strange ways always lost in the desert trying to
find to find your place lost in the desert trying to find your place
[Chorus]
Joseph descended sold as a slave,
thrown into a dungeon cause he wouldn't be swayed
Interpreted pharaoh's dreams and Egypt was saved
stock piled food for seven years of rain
then sold to all the nations when the drought came
Joseph rose to power and the yiddin stayed
They started to build and success was made
Pharos getting worried let's make them pay bound in chains
First born was sent down to their graves
Moshe was saved and a prince he was raised
Hashem spoke to him hears a message to relay
Take my Nation from Mitzrayim (Egypt) I see the suffering
Hard hearts ego breaks take sparks and make way
Trail blaze through the wasteland breaking the chains
Last generation just the ruminants
March through the desert leaving footprints
Peel off the lid this is just plastic, get into it, get into it
Heavy hitter stepping solid never quitter jump into the ocean before it split got a jump into it
Rip through Egypt rip through it,
get into it, 600,000 witnessed it, no you didn't forget
In the spiritual desert things are not what they seem
snakes camouflaged just fit the scene
Put your faith in a mirage it's just a smoke screen
The king is sitting on his throne of glory