So What Chu Sayin' - text

Music For The People

All Right, all right, what an odd sight
here's another MC, who's skin is white!
a white kid, a white boy, with a white face
just like the Beastie Boys and 3RD Bass
hmmmm! now this looks like a topic for discussion
to build racial tension for fussin' and cussin'
or maybe this will even cause some controversy
but first I think it's time I kick a little verse!
see some do hip hop and forget where it started,
and claim that a white complexion ain't the
reason why their records charted.....please!
man it's so easy to see
when a white dude raps the public seeks it as a novelty!
even me although I take it seriously
some just like me because of my R-A-C-E,
but I won't wait and I won't stop
cuz I do hip hop records just because I love hip hop 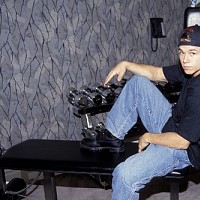 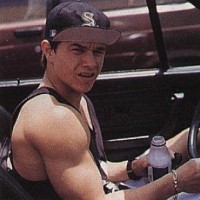 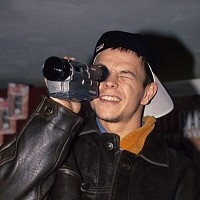 (chorus)
My music in mine and my word is born
with respect to the old school who created this art form
it comes from the heart not for the critical acclaim
cuz that's just the same as a political game
yeah you hide behind a pen and try to disable me
but this ain't no fable see, so don't even label me
a phony, a sellout, or even clean cut
man you better shut the hell up!
cuz your judging things that you don't even know about
so take your 5 stars and keep on showin' out
cuz Marky Mark's nos just another pretty face
so what chu sayin' punk...peace
(chorus

Music For The People