[Verse 1: Marger]
Yeah, fall back, get stepping
Time is always money so I'm counting every second
Margz, I'll soon buss and I ain't on about a weapon
But I roll with brothers that'll spin you like a Western
The best in road life, slow grind, cold nights
Lunch time, home time, OT, no thanks
No left, so right, brothers think I'm messing
Put something in your cranium like a lesson
Not a rapper but I got riddles
Came from the middle with a little pistol ready to cripple
I take shots, I ain't on about a dunk or a dribble
I'm talking pound sterlings, these boys are on nickels
You're fickle, didn't wanna get yourself in a pickle
Think a little, brap, I'll leave you stiff like a nipple
Pow pow, Lethal but I'm not on that Bizzle
I'm not fickle but I've left pals in hospitals

[Verse 2: Lunar C]
I got ninety-nine bitches but a problem ain't one
I just cotch and blaze skunk, but I don't cultivate
Cause these coppers ain't dumb, I throw my seed out on the street
Like I got a gay son, I was a don at age one
You might not have thought that motherfuckers rap in Yorkshire
But I ain't stopping and rapping in another accent's corny
Your biggest efforts are nothing, nope, and that's unfortunate
Outclassed by a dirty knuckle dragging northerner
I go hard, I ain't celebrating 'til my resignation
I'm the best with an eleven out of ten in ratings
Commiserations to whoever came in second place
And try to see this set back as a test of faith and dedication
If they're saying I won't blow up then they're hating
I'm a mental patient with a pack of matches and a petrol station
Fuck that corny persona that you're emulating
I spit it real cause these dumb shits need educating
fotky 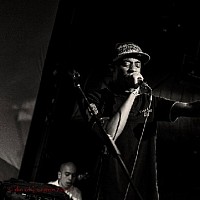 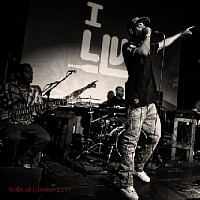 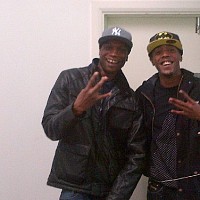 [Break]
Hold up, hold up, these motherfuckers don't understand what we're talking about here
Team UK is on the move, it's kamikaze motherfucker
We're taking no prisoners, bitch, we're taking no prisoners
[Verse 3: Mr. Faiz]
Look, I had my foot in the door
I was close and they closed the entrance
I'm about to kill 'em and I suppose that my flow's avengence
Fuck school, I was never sober with no attendance
Rebel 'til the day I'm alone, the roads on the road are dangerous
You're rapping 'bout all your clothes, your hoes and your co-defendants
You should've had Pinocchio's nose when you wrote that sentence
Just cause you see me rolling the coldest engines
Stop calling me cuz when you know we hold no resemblance
You're out of your depth, and you're far from a harbour
I can smell your blood like a shark, like a starving piranha, I'mma
Tear you apart, I go hard and spit every bar der harder
To beef and spar with a Spartan start with some harder armour
Cause I been plotting like the Osama-Obama drama
And for your cheddar man'll get eaten like carbonara
But remember there's always a darker part of karma
Get chopped up and bagged up like skunk from a marijuana farmer
[Verse 4: Yungen]
Skinny kid, I won't bench boast
Fuck the talking, wear my trench coat
Paris wants bread, I'mma help her clench notes
We onto the kings, military French toast
Uh, talking is not me
I need to take the bus cause walking is not me
Me in meetings all day, talking all cockney
Kicking with the beans, I was choking em properly
It's money first, law, fam
And money first is the only thing I show the fam
My older brother wasn't ever arsed to hold my hand
Popcorn on the movie, if it don't go to plan, we going H•A•M
If I can get it out this house, I'm good
I see these fucking snakes and babes coming out the woods
Do what I do how I do, I doubt you could
Cause if a track suits me, I'll be out the hood
[Bridge: Labrinth]
As history repeats its ever un-changing ways, the re-occurring epiphany disguises itself in today's contentment place
This is creative evolution
Yours truly, Timothy McKenzie
Timothy McKenzie, Tim-Timothy McKenzie, Timothy McKenzie
[Verse 5: Maxsta]
Uh, yeah, I tell my kids class is in session
In the school of hard knocks, use my bars as a weapon
I'm M.A.X. and never stress, I go hard for my bredrins
They're heavily guarded like the Houses of Parliament entrance
They ain't getting past the kid, that's just part of the lesson
I'm humble, never once started, so calm the aggression
Pass the lemon, yeah I smoke, fuck it, bask in the essence
Ray-Bans in the crowd ain't masking my presence
Check the latest though, that little boy thought he was cold
He got scorched by Maxsta, gave him a sun tan, I ain't even clothed
I'm in like Joey Essex up in Essex with a Swedish ho
I've been on the wave so long now I damn sure can't see the coast
In the lab, my girlfriend on them bed sheets, only weave the flow
My team's the most unbeatable, three soldiers like freezing cold
But I'm still alive, R.I.P. to you
That's the lesson over kids, from me to you