Disciples of the Entities - text 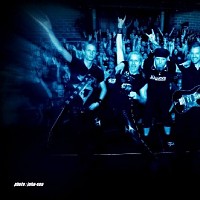 The ceiling of the tent is sparkling with diamonds and pearls, which seems unnatural but explains the visions of another world through the piercing flash of light that hits me in the eye. I was afraid but was told “no one´s here tonight to die”. I have seen star maps in conjunction with gates to infinity. Door will be opened for the creatures of old mythology, as ancient phenomena are about to happen within this circus site. I have been instructed not to reveal a thing to anyone, but I might just get on with my story.
Between the sawdust and the smell of hay I cannot possibly describe for you today how wonderfull my visions are of life, deriving from this sould devouring force.
If you just knew about the power these people hold in their hands, you would want to be part of this too. I´ll join the dance that will finally summon them all from far beyond the gates. Do expect my letters to be fewer and shorter these days…
Between astonishment and smell of fear I can´t describe for you in this letter here how incredible our visions are of the power emerging from this ghostly sould devourer.