Now, yeah, I am still a little monsta', still a swollen member rip it up at every concert
Lost a few years and we lost a couple sponsors but now I want it all and I am here to fucking conquer so (I've come to take what's mine, naw, we've come to take what's ours)
Look I became a serpent lyin' perfectly flat poppin' perkasets 'til everything went purple and black
I was lyin' on the dirt with the shirt on my back got up and wiped myself off and now I'm circling back
Here I come, now my boys are surviving spreading through the internet like poisonous ivy
Or a virus, or a forest fire, call me "Cyrus" the battleaxe warrior
I was ship wreck for a quick sec, I felt like Tom Hanks with a volleyball (Ha ha ha ha)
Fist clenched so tight I got white knuckles I been killin' it since B-boy belt buckles
Whole school o' some Popeye eating spinach fights roll up in an MC and suit and pair of British Nykes
They drank Cristal I drank a dolla' pop I'm the type to stay & fight 'til someone fall or drops
They look like the type to run away and call the cops such a shit half rat, half lollipop 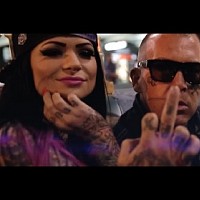 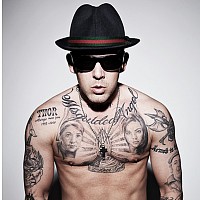 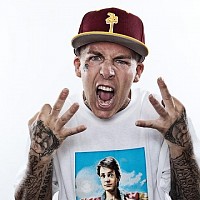 Bipolar manic depressant that's my reality gifted nautiousness with an addictive personality
Mortifying, fortified, bonified champion war supply over sized more than gargantuan
(Yeah... Run!)
I'mma do the hoblin'goblin about to massacre azlada 'cuz I'm here to rock the planet like Afrika Bambaataa
And I've been waitin' for the right moment to strike while I'm holding the mic, 'cuz I'm a soldier that fights
Commeditated systematic attacks the assassin from the vaticans back, spittin' radical facts
Most rappers spit theatrical crap for me to move ahead I had to go back
Now I explode on a track, the larger picture still eludes you, from swollen members we are not here to confuse you
So fuck all of the smoke 'n' mirrors it's the spiderman the silver surfer man I hope you hear us
Cruise livor, but two diverse like a pink mohawk into new sideburns
I refuse to me ol' broke 'n' haggard so I rebuild my face under this cloak and dagger
When they tell my story let 'em say that I walk with giants this isn't rap this is textbook math and science
I'm Spartacus when it come down to the art of this A martyr but these other murderers, they want no part of this
You fucking started it, I'll fucking finish it, this is my business and; I won't leave no witnesses
It's not what you have dealin' it's what you're doing now
It's not where you have been it's where you're goin' now
Not so everywhere I go I hold you down that's why everywhere I go you know it's goin' down (SO!)