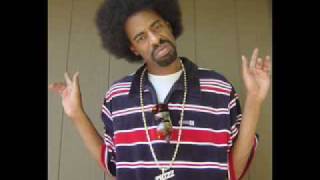 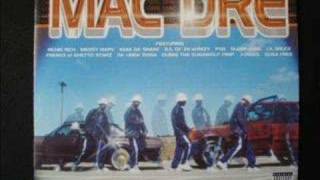 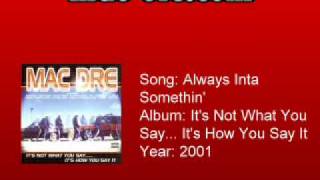 [VERSE 1: Mac Dre]
Back in December, or was it November?
It's kind of shady, I can vaguely remember
I was at the Peppermill, popping at the bartender
He made me a drink called uh, Bodybender
That's when a smurf pulled on my shirt
Said (Hey, get off my girl, dog, before you get hurt)
I said, "Hold on, I don't know what you think
You better back the fuck up and let me order my drink"
He backed the fuck up and did more than you think
He had a AP, not a nine, but it's sort of the same
So now it's one lonely R-o-m-p
I'm all by myself without nobody
Slightly noided, sense death, can I avoid it?
Somebody slammed the do' on the way comin from the toilet
He looked back, then I pulled out my strap
Slapped him it twice but uh, I should've clapped
Cause this other goon nigga started wildin
I pulled out my faulty phone and started dialin
Told my niggas to come on the double
They finna put a nigga on the gong show, bust his bubble
He said yeah, he know he comin
"But damn my nigga, you always into somethin"


[VERSE 2: J. Diggs]
Recently, June 4th, released from jail
And 'bout to hit the streets like a beast from hell
It's that nigga y'all done heard about, young J. Diggs
Love to play the game and I play big
I see suckers havin money and I gots to have some
You in the double R, I gots to have one
I'm all up in his backdo' like knock-knock-knock
The nigga moved too fast, so I pop-pop-popped
Should've stood still, there would be no firing
But it's a little late, all I'm hearin is sirens
So now I'm in the wind like leaves on trees
I'm in the crowd tryin to blend like d's on v's
I'm sweatin bullets, I'm an ex-con out on parole
What the fuck was I thinkin, I'm out of control
I'm at the Romp House and I'm huffin and puffin
My niggas lookin at me crazy cause I'm always into somethin
[VERSE 3: Sleep Dank]
Yo, we fuck with heavy guns, fuck around and pump heavy slugs
We drinkin Rémy doin heavy drugs
Nigga, we stay explosive, it's about a quarter to six
Step out the limousine, my wallet's 'bout a quarter inch thick
Nigga, we shittin on em, I pop the three-piece, savage
So many carats up in my ice I could choke a rabbit
Bitches screamin for me but all it took was one dirty look
We hit that nigga with that murder book
Nigga tried to step fast, hit him in the face with a Moët glass
Spilled drink on his bitch, the whole club hit the do' fast
Trunks is poppin, niggas wingin in the parking lot
We keep it gangsta with them choppers out
S-l double, I smell trouble, boy, it's nothin
Keep your peace, muthafucka, I'm always into somethin
fotky 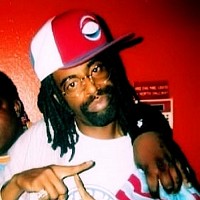 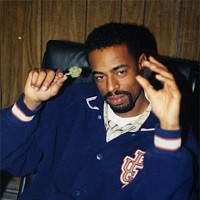 [VERSE 4: Da' Unda' Dogg]
Let me tell you somethin 'bout a nigga like me
Never should've been let out the penitentiary
Cause niggas done switched up, I guess they got it mixed up
Now I'm a dust the heater off my shelf and leave em bitched up
Like this one nigga actin like a dumb nigga
S-in on his chest with no vest, yeah, he a dumb nigga
Ain't no love in this thug shit
Now he at the club tryin to hug on my thug bitch
Plus she done gave me the run-down on how this nigga run round
Town speakin on my name, tonight he get gunned down
His bitch about to set him out, open the door and let him out
Caught his ass scared and out, Bronc style, dead him out
Never have beef with a nigga who bitch you wanna sleep with
Cowards get devoured on that sweet shit
Hit him with the venom, then bounce with my adrenaline pumpin
Yo nigga always up into somethin