Sometimes (Oh-oh-ohhh)
Something beautiful happens in this world (Akon!)
You don't know how to express yourself, so (And Lonely Island!)
You just gotta sing 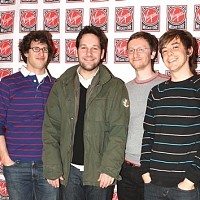 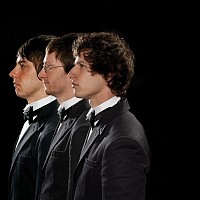 A girl let me do it, it literally just happened
Having sex should make a nice man out the meanest
Never guess where I just came from, I had sex
If I had to describe the feelin', it was the best
When I had the sex, man, my penis felt great
And I called my parents right after I was done
Oh, hey, didn't see you there, guess what I just did?
Had sex, undressed, saw her boobies and the rest (Was sure nice of her to let you do that thing)
Nice of any girl ever (Now sing)
I just had sex (Ay)
And it felt so good (Felt so good)
A woman let me put my penis inside of her (Her)
I wanna tell the world
To be honest, I'm surprised she even wanted me to do it
(Doesn't really make sense) But man, screw it
(I ain't one to argue with a good thing) She could be my wife!
(That good?) The best thirty seconds of my life
My life!
I'm so humbled by a girl's ability to let me do her
'Cause honestly, I'd have sex with a pile of manure
With that in mind, a soft, nice-smellin' girl's better
Plus she let me wear my chain and my turtleneck sweaters
So this one's dedicated to them girls
That let us flop around on top of them
If you're near or far, whether short or tall
We wanna thank you all for lettin' us fuck you
She kept lookin' at her watch (Doesn't matter, had sex!)
But I cried the whole time (Doesn't matter, had sex!)
I think she might've been a racist (Doesn't matter, had sex!)l
She put a bag on my head (Still counts!)
I just had sex (Ay)
And my dreams came true (Dreams came true)
So if you had sex in the last thirty minutes
Then you qualified to sing with me
I just had se-e-ex (Everybody sing!)
And it felt so good (We all had sex!)
A woman let me put my penis inside of her
I just had se-ay-ee-ex (I just had sex)
And I'll never go back (Never go back)
To the not-havin'-nothing ways of the past
(And it felt so good)