Sdílej
The height of spring, a happier time
It seemed you wanted to be mine
A flash of light in words so sweet
Has caused my heart to skip a beat
Though I did know that it's not fine
Rainclouds inside a lonely mind
I wouldn't dare admit defeat
Swearing I'd pull you on your feet


But then I felt there's something wrong
Was there a problem all along
I would have asked, you wouldn't speak
The void within a smile so weak
Pretend it's alright all day long
And roll excuses off your tongue
Went like this for about a week
I should've known what's there to seek
Was it that bad, or was I a bother
Could I compare if there was another
For all it's worth you could've spoken
Alas, the silence was never broken
fotky 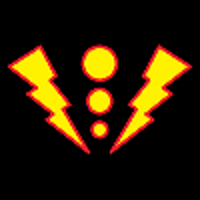 Just wouldn't tell what was amiss
A pure soul trapped in the abyss
At least that was what I have thought
If only I knew what I fought
To do or die, a hit or miss
Hoped for the best but as it is
Have never got the answers sought
Man, all this effort made for naught
Nothing changed as days passed by
I guess it's worth this one last try
But you just up and shut the door
Can't recognise you anymore
Oh, when did things go so awry
For you to brave a last goodbye
Don't know if it's worth fighting for
When you seem rotten to the core
Am I that bad, or am I a bother
Never stood a chance, there was another
A vein of darkness behind your gazes
Broke a heart using a hundred faces
So there they go, lie after lie
With your last wish I will comply
Now my world just won't be the same
To the worse and you're one to blame
I never wanna hear your name
Again