The Times They Are A-Changinʼ - text

Come gather 'round people wherver you roam
And admit that the waters around you have grown
And accept it that soon you'll be drenched to the bone
If your time to you is worth saving
Then you'd better start swimming or you'll sink like a stone
For the times they are a-changing!


Come writers and critics who prophesize with your pen
And keep your eyes wide, the chance won't come again
And don't speak too soon, for the wheel's still in spin
And there's no telling who that it's naming
For the loser now will be later to win
For the times they are a-changing!
Come senators, congressmen, please heed the call
Don't stand in the doorway, don't block up the hall
For he that gets hurt will be he who has stalled
There's a battle outside and it's raging
It'll soon shake your windows and rattle your walls
For the times they are a-changing!
fotky 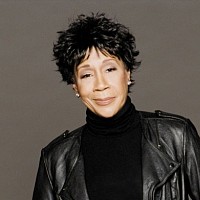