Back in the day when the bus was less than three quarters
Lloyd met Beverly and took her out to Sweet Waters
"Boy what a looker" he thought, "Let me court her"
He musta been a playa cause she popped out three daughters
Brenda the oldest by herself for a little while
That's 'til Joanne showed up she was the middle child
Then came Loretta next she was a little wild
Beverly was fly so her daughters had a little style
Brenda the first in the family to go to college
The dreams of being properly addressed as doctor
Insert the name of the man who gonna sweep her off her feet
In a heartbeat sharper than shark's teeth
Just 'cause a brother say he love you don't make it so
So when she was lookin' for suitors she had to take it slow
Someone to run fingers through her Angela Davis 'fro
And dedicate herself to like songs on the radio
The ratio of black men to black woman at this college is preposterous
If you a scholar you already know
So she decided she should focus on her studies
She couldn't have boyfriends, she could have buddies
When she get out on her own she can bring men home
But there was one in particular breakin' out the friend zone
It's déjà vu the way this came to me
And it explain how I came to be
I'm from 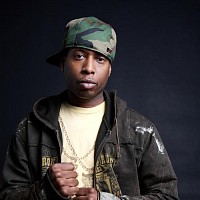 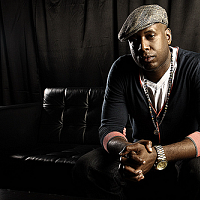 [Chorus]
Yeah
Back in the days it was hard for black actors
They had to lighten they skin with makeup like Max Factor
My grandfather Stan wasn't (Nothin' But a Man)
He fell in love with Jivote so he took her by the hand
They had two sons, Stanley and Perry
They go together like Brandy and Sherry or Coke and Mary and Barry
Simply put they don't always get along
They used to travel as a family doing shows singing songs
But this was through the Segregated South
And before someone got punched in they segregated mouth, Perry was out
Livin' like a hippie in the sixties, Pop's chillin
Headin' to The Village to see Bob Dylan, when he was top billin'
But Perry was not feelin' complete, he had to get on his feet
He said, "God willin', I can get into this school, that's smarter for real
Plus I got this draft card in the mail"
The champ said, "I ain't got no quarrel with them Viet Cong"
Momma leanin them 'cause[?] they shootin' blacks, faggots, and Catholics
People bleedin' on TV is so tragic
Creatin' the catalyst for the people to get active
Got into NYU and took classes
The world was changing he knew he couldn't look past this
Who knew goin' to school would make him want to give his name to a girl
And have children that would change the world
[Chorus]
Back in the day we used to barbeque a little beach
Bit up cause I got the sweet blood that mosquitoes eat
My cousin Warren used to hook up the speakers each Fourth of July
We can meet and my people be listening to 'BLS, KISS FM Mastermix
Some dopes pass the fifth we watchin' fireworks after this
Momma bought the biscuits, everything is all delicious as usual
It's beautiful we all can kick it
Touch football we get in the huddle and the twins steady get into trouble
Me and Lebema[?] blowin' the bubbles, little Lloyd such a happy little boy
It can rain, it can pour, ain't nothin' gonna kill his joy
Jamal playing in the pool or well playin' it cool
Times is hard but we makin' it through
I'm taking you through the scene of the family reu'
The family tree no matter what I'm standin' with you
Insanity? Please, jail time, death is trouble
Through the stress and the mess and to Der[?] I love you
I go out in the world and represent the family name
It used to hang on people from a tree like a candy cane
Now I'm standing on the shoulders of my ancestors
And I'm throwing up the sign of the times like hand gestures
And no matter, where in the world, in Rome I get the money and always bring it back to
[Chorus]